Excelsior Sports Correspondent
JAMMU, June 22: JKCA Orange (Jammu) thrashed JKCA Yellow of Kashmir province in a one-sided affair by 7 wickets and lifted the title trophy of Under-23 Men’s One-Day tournament, organised by JKCA at GGM Science College Hostel Ground, here today.
ADGP Jammu alongwith Mayor Jammu, Chander Mohan Gupta were the chief guests, while former first class cricketers Nirmal Singh and Vidhya Bhaskar were the guests of honour of the valedictory function.
Dr Daud Iqbal, JU’s Director Sports and Dr Vinod Bakshi, Physical Director, CLUJ were the special guests, while the representatives of Krisha Group- sponsors of the event, Ashish Gupta and Swati Dadheechi Gupta were also present on the occasion.
Put into bat, Team Yellow bundled out for a paltry total of 74 runs. Qamran Iqbal (18) and Jiyaad Magrey (10) were the only two batsmen who crossed the double figure mark. For JKCA Orange, Vishal Kumar was the wrecker-in-chief who captured 5 important wickets by conceding 18 runs, while Kawalpreet took 4 wickets by giving away 16 runs.
In reply, JKCA Orange rode on a brilliant unbeaten 63 runs by Musaif Ajaz to surpass the target easily, losing 3 wickets in the process, thus won the match by 7 wickets. Mujtaba Yousuf claimed 2 wickets by conceding 12 runs.
Vishal Kumar was adjudged as the best bowler of the tournament, Musaif Ajaz was declared the best batter, Kawalpreet Singh was named the best all-rounder, Shivansh Sharma was nominated the best wicketkeeper, Junaid Qazi was adjudged as the most promising player of the tournament and Vanshaj Sharma got the emerging player of the tournament award.
Appreciating Talent Hunt 2022 initiative of JKCA for tapping cricket talent at the grass-root level, the chief guest, ADGP Mukesh Singh said that the time was ripe to see more and more cricketers from J&K to represent India, adding that he always wished to see that thing to happen and the same was not far away now.
Chander Mohan Gupta while appreciating the efforts of both the teams in displaying their skill amid hot weather conditions, lavished praise on JKCA, especially on the Sub Committee Members for exploring hidden talent of the players.
ADGP Mukesh Singhsaid that he always loved to be part of sporting activities, adding that he was waiting in the wings to honour sportspersons, who are the messengers of peace, harmony and prosperity.
Earlier, Brig Anil Gupta, Member-Administration JKCA and Mithun Manhas, Member Cricket Operations and Development JKCA welcomed the chief guests and other dignitaries.
Both the chief guests also honoured the guests of honour, special guests and the sponsors with a memento as a token of appreciation from the organisers. Ace cricketer Mithun Manhas presented vote of thanks. 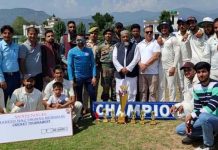 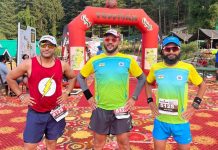 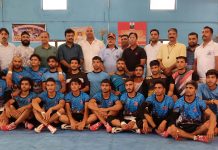 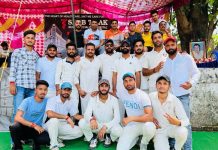 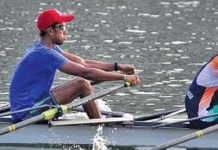 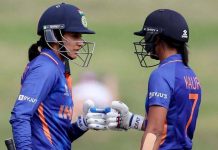 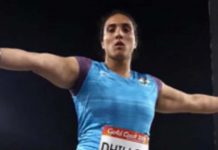 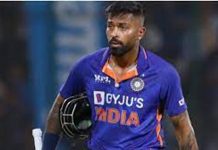 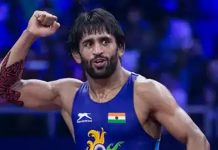