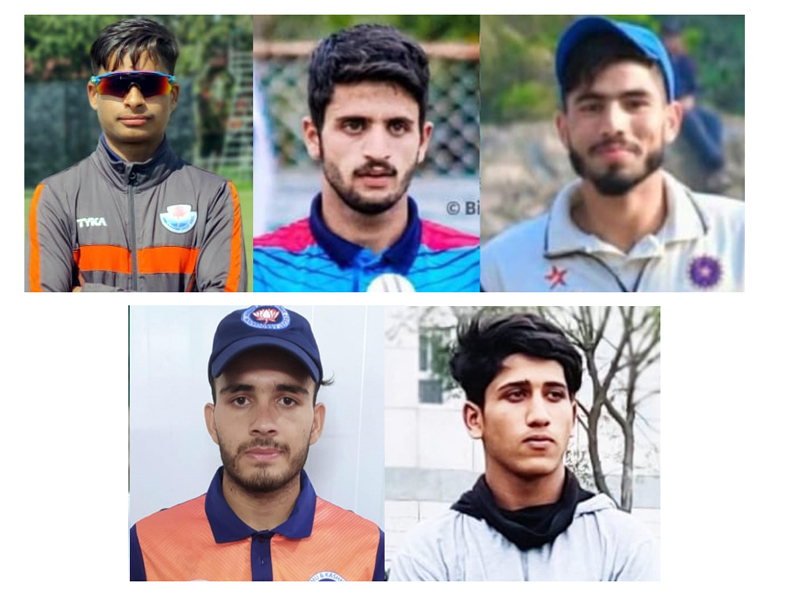 JAMMU, June 2: Breaking the jinx of picking the players mainly from the headquarters of Jammu and Srinagar, the Talent Hunt 2022 has served as a launching pad in tapping raw talent as all the five special awardees of the recently concluded Under-19 Men’s One-Day Tournament belonged to the far off areas of J&K.
Bachan Singh, who was adjudged as the best batter of the tournament, is from far off place in Rajouri district. A left-handed batter scored a total of 205 runs in four matches, including 78 not out, 38, 66 and 23 runs in the finals.
Oman Fayaz, who was declared as the best all-rounder, is from the outskirts in Baramulla district. Right-arm medium pacer took 7 wickets in three matches, with 1 each in the matches played earlier and captured 5 important wickets in the finals, besides scoring power-packed cameos of 47, 28 and 18 runs in the three innings.
Right-arm medium fast bowler, Arooj Parvez, who was awarded with the trophy of a best bowler, is from a village in Bandipora district. He bagged a total of 8 wickets in the four matches. He was impressive with his pace and swing.
Right-handed Middle-order batsman, Sahil Imran, who got the award of most promising (emerging) player of the tournament, is from Doda. He played 3 matches and scored a brisk 25 in the first match, power-packed 76 in the next and 10 runs off 3 balls in the finals. He hit the ball with elegance, grace and fluidity.
Wicketkeeper batsman Rhytham Sharma, who was named as the best wicketkeeper of the tournament, is from Poonch. He scored valuable 47 runs in the final match, besides having six dismissals including 2 catches, 2 run-outs and 2 stumpings. Rhytham, however, has already represented JKCA in Under-19 Vinoo Mankad Trophy and had shown stellar grit and tenacity in his knock of 46 off 34 balls.
“The Talent Hunt 2022 has completely served its purpose as the hidden raw talent has been unearthed and the myth of selecting the players from Jammu and Srinagar has been broken,” said JKCA Brig Anil Gupta.
Sunil Sethi, Member Legal Affairs JKCA said that the Talent Hunt has enabled the Association to pick a big pool of talented cricketers in both men and women section.
“The timely short listing of players through Talent Hunt is going to enable JKCA to prepare various teams in a befitting manner,” said Mithun Manhas.