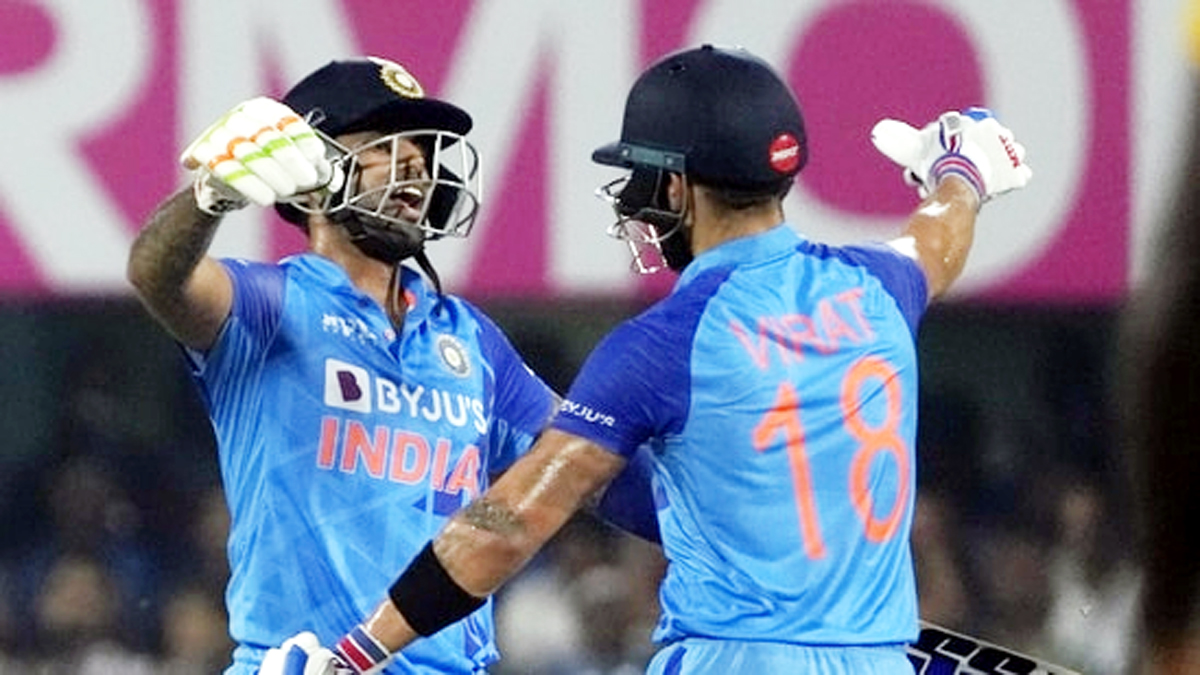 GUWAHATI, Oct 2: Indian batters were at their ruthless best with Suryakumar Yadav and opener KL Rahul leading the charge as they defeated South Africa by 16 runs despite David Miller’s unbeaten century in the second T20I to clinch the thee-match series here on Sunday.
Rahul (57 off 28 balls) and Yadav toyed (61 off 22 balls) the Proteas attack with sensational fifties as the Indian top-four batters once again put up a superlative display to post a massive 237 for 3 — their highest score against South Africa.
That 178 runs came from boundaries — 25 fours and 13 sixes — showed the Indians dominance against the Kagiso Rabada-led South African attack which looked mediocre all through.
Chasing a massive target of 238, the South Africans could score 237 for 3 in their 20 overs with David Miller remaining not out on 106 off 47 balls.
This was the first ever series win for India over South Africa in the T20I format on home soil.
India had won the first match by eight wickets on September 28. The third and final match of the series is slated in Indore on October 4.
Arshdeep Singh gave India a perfect start while defending 237, extending the run of ducks of South African skipper Temba Bavuma and Rilee Rossouw to two matches. Arshdeep, however, leaked runs at the death overs to return with figures of 4-0-62-2.
South Africa were put into submission at the score of 1/2 inside two overs and they could never recover from there.
At the other end, Deepak Chahar (4-1-24-0) held up firmly before R Ashwin (4-0-37-0) joined in the act to take the match out of the Proteas reach with some tight bowling.
The highlight of South Africa innings was David Miller’s roaring return to form with his second T20I century with an unbeaten 106 from 47 balls.
Quinton de Kock too was back among runs in a 48-ball 69 not out as the duo put together 174 runs from 84 balls but it proved not enough.
Earlier Rohit Sharma (43 off 37 balls), who became the first Indian to play 400 T20 matches, started it all before Rahul took off.
Replying to his critics, Rahul (57) was back at his aggressive best, slamming a 24-ball fifty, his second in a row, as he and Rohit put on 96 runs for the opening wicket that came off just 59 balls.
Yadav then continued his insane 360-degree assault with a third successive half-century that came off just 18 deliveries and India crossed the 200-mark in the 18th over.
Virat Kohli gave him a perfect support and became the first Indian to get to 11,000 T20 runs during his 49 not out.
Playing a selfless knock, he gave designated finisher Dinesh Karthik the maximum strike. Karthik slammed 17 not out from seven balls to cap a perfect batting display for India.
The South African pacers looked lacklustre and bowled full and the Indians feasted on to them. (PTI)