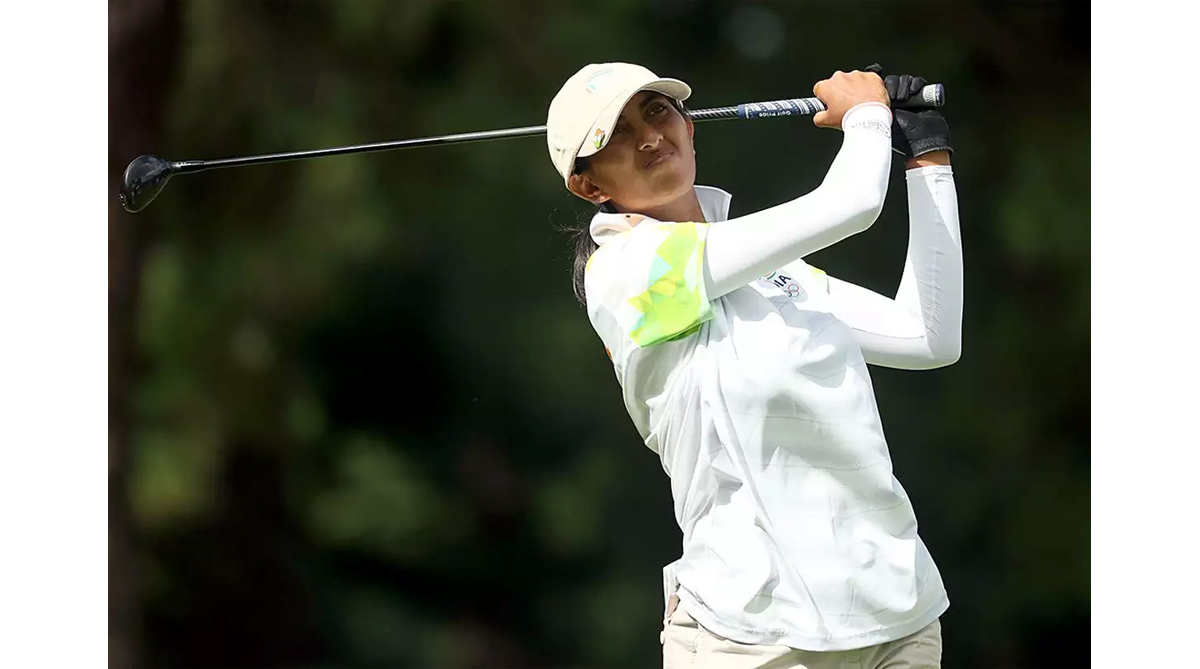 The Colony (US), Oct 2: India’s Aditi Ashok found the going tough at the Old American Golf Club as she dropped three bogeys and no birdies in a card of three-over 74 in the third round at the Ascendant LPGA here.
Starting on the back nine, Aditi, who had rounds of 74-71 on first two days, bogeyed the 13th, first and fifth and missed a few birdie chances. That saw her slip to T-74.
Meanwhile, the second-round leader Charley Hull kept a share of the lead with an even-par, 71 but she was joined at the top by first-round leader Xiyu Lin, who shot a 2-under, 69. The duo is now 11-under overall.
Chasing her second LPGA Tour victory, Hull’s 71 on day three actually came as a relief for the Englishwoman after she made bogey and double bogey on holes 5 and 10, respectively.
New Zealand’s Lydia Ko and Frenchwoman Celine Boutier are also in the race, placed one stroke behind the leaders. Boutier fired the second-lowest round of the day.
Texas native Maddie Szeryk shot her second 4-under round of the week and holds solo fifth.
Three players are in a tie for sixth, including six-time LPGA Tour winner So Yeon Ryu and Thai golfers Moriya Jutanugarn and Atthaya Thitkul. (PTI)