KARGIL, Oct 19: Chairman and Chief Executive Councillor, LAHDC, Kargil Feroz Ahmad Khan stressed on holding of sports activities at regular intervals which would help in channelizing the energy of the youth especially the teenagers in a positive direction.
The CEC stated this while addressing players during the concluding ceremony of the District Level Football Tournament, organized by FC RLC Baroo at Khree Sultan Chow Sports Stadium Bemathang here on Sunday.
The final match was played between, FC RLC Baroo defeated FC Chiktan where in former defeated the later by 1 goal to clinch title.
The CEC also announced Rs 10,000/- in favour of the organizers of the football tournament.
Reiterating the commitment of the LAHDC Kargil towards the promotion of sports and encouragement of players in the district, the CEC said that concrete efforts are on to augment sporting culture in the district in terms of all games, be it the development of sporting infrastructure or organizing of sports events in days to come.
With regard to the steps being taken by the LAHDC Kargil for promotion of winter sports in the district, CEC Khan said that international standard sports equipments worth Rs 1.50 crores are being purchased this year which will help the budding ice hockey and ice skating players a great deal to hone their sporting talents.
A proposal is also in the pipeline for holding of the LG Ice Hockey Cup at Drass during the coming winter while special coaching camps will also be organized this winter to impart necessary training to the ice hockey and ice skating players under the guidance of renowned coaches.
Later, the CEC distributed prizes, mementoes and medals among the winning and runner up teams.
About 16 teams from across the district participated in the 7 day long district level football tournament. 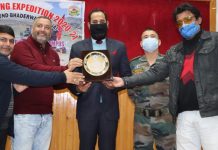 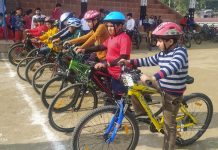 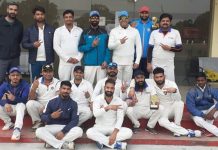 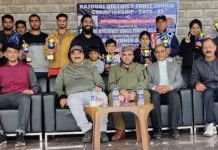 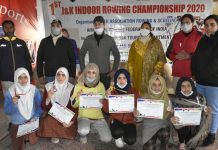 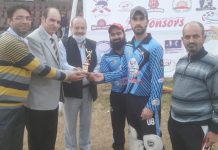 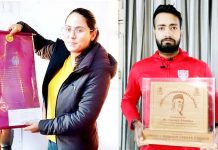 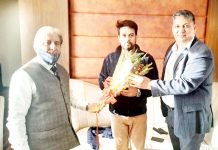