BANDIPORA, Dec 4: Sopore Football Club on Wednesday lifted Major Gopi Singh Rathore memorial North Kashmir Football Championship trophy by defeating Handwara Football club in a penalty shootout by 4-3.
Deputy Commissioner Bandipora Shahbaz Ahmad Mirza and Brigadier 5-Sector RR Vivek Narang gave away the awards to winning players.
The Final match of the tournament was played between Handwara and Sopore football teams. The fate of the match was decided in a penalty shootout as both the teams could not score any goal during the match. Sopore won the match in penalty shoot-out by 4-3.
The winning team was awarded a cash prize of Rs 30 thousand and a trophy while runner up team was given a cash prize of Rs 20 thousand. The second runner up team Hashmee Football Club was given a cash prize of Rs 15 thousand.
Eight teams from North Kashmir districts participated in the week- long tournament played at SK stadium Bandipora. Imran Ahmad of Hashmee Football Club was adjudged as the Man of the Tournament while Zubair Ahmad was adjudged as the Best Goal Keeper of the tournament and Saqib Ahmad of Hashmee Club was adjudged as Best Defender of the tournament and were given a cash prize of Rs 5000 each.
Ubaid Majeed of Handwara Football Club won the Golden Boot for scoring highest goals in the tournament. Hashmee Football Club team of Bandipora was declared as the most disciplined team of the tournament by the judges and were awarded a cash prize of Rs 10 thousand.
Speaking on the occasion Deputy Commissioner Bandipora Shahbaz Ahmad Mirza congratulated the winning team and also thanked the Army for organising the tournament in the district. He said such tournaments provide an opportunity to the local youth to showcase their talent and channelize their energy in a positive way.
He said the District administration is committed to develop the sports infrastructure in the district and has undertaken the task to construct playgrounds in 151 Panchayats of the district, so that village youth get a space to spend their leisure time in sports activities. He said several playgrounds have been inaugurated in several panchayats, while work is in progress in other halqas.
During the recent Back to Village phase-II program, the district administration distributed sports kits and equipments in various Panchayats.
Brigadier Vivek Narang, while speaking on the occasion congratulated the winning team and also appreciated the players of all the teams for giving their best during the matches. 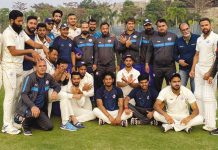 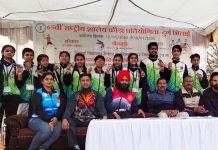 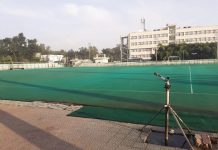 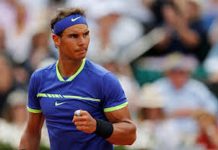 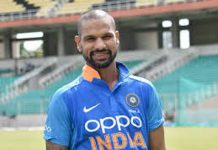