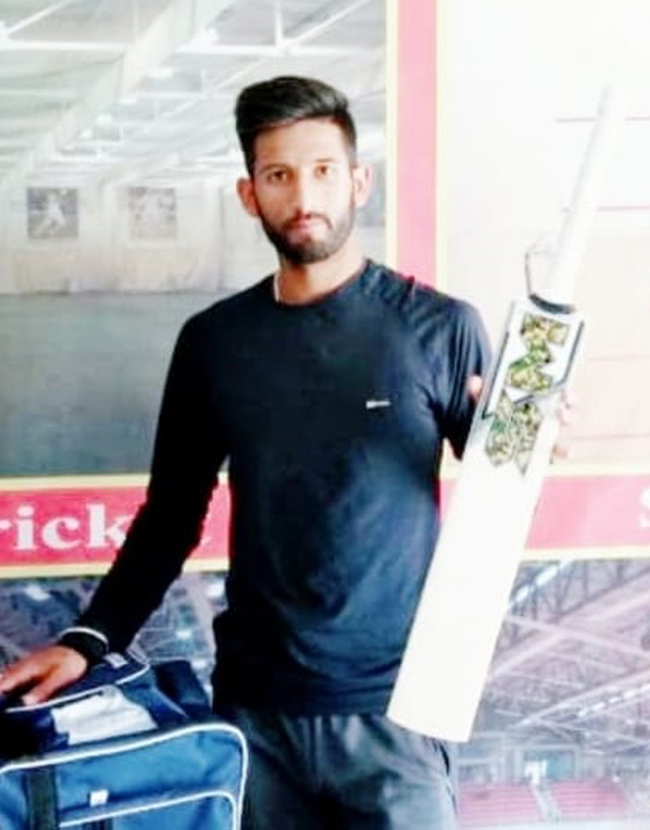 Excelsior Sports Correspondent
JAMMU, Mar 27: SM Pintu, one of the leading cricket gear manufacturer in the country will sponsor Jammu boy Under-23 cricketer Abhishant Bakshi, who is the only cricketers from Jammu and Kashmir to score 150 runs in his debut match in the prestigious CK Nayudu Cricket Tournament this season.
Abhishant is the trainee of KC Sports Club, Jammu.
Abhishant extended thanks to Uday Mahajan, owner of SM Pintu for recognising his talent and sponsoring him.
Abhishant has already received full cricket gear from the Company.