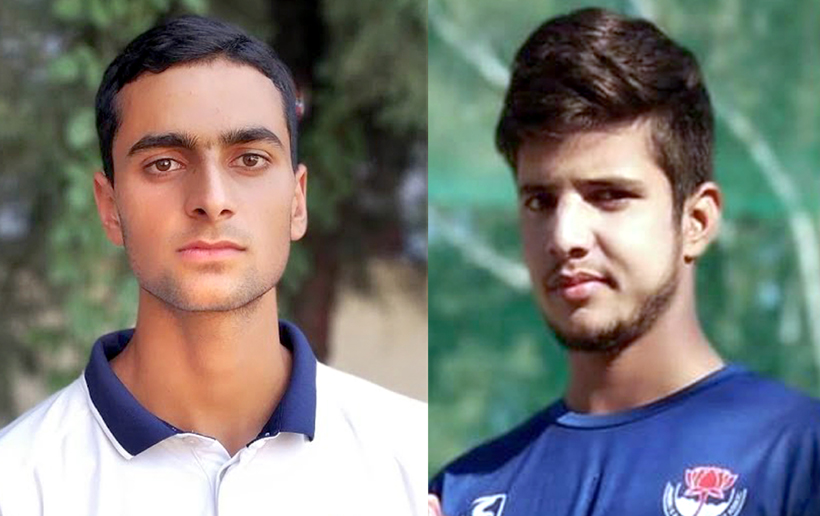 Time ripe for aspirants to get National selectors’ nod

JAMMU, June 11: The selection of J&K’s promising young cricketers Qamran Iqbal and Rasikh Salam in the Indian Under-19 Cricket team for the forthcoming Tri-Series in England has kindled hopes for other talented cricketers of both the regions as they get a feeling that it is their turn in the coming seasons to represent the country.
“The selection of two boys in the Indian squad is a huge thing to happen in the history of Cricket in Jammu and Kashmir. It is an ecstatic moment for the entire cricketing fraternity of the State. Their selection has opened the doors for other talented aspirants of Jammu and Kashmir to represent the State at the highest level. In the present era, talent does not remain untapped in the scheme of things in the Board of Control for Cricket in India (BCCI). I reckon, it will be my turn now,” said a promising Under-19 Cricketer of the State from this region while expressing happiness and giving vent to his feelings.
The duo of Qamran and Rasikh was selected by the National Junior Selection Committee in a meeting on the other day at Surat in Gujarat.
While Rasikh got the National selectors nod for his few 5-wicket hauls in Cooch Behar Under-19 Trophy, besides a good show in Vijay Hazare Trophy against formidable Tamil Nadu and an IPL selection for Mumbai Indians, Qamran impressed the selectors with his brilliant batting display in Cooch Behar Trophy, Ranji Trophy and in Under-19 India A team Quadrangular Series.
It is pertinent to mention here that both Qamran and Rasikh have performed consistently well last season, besides impressing selectors at the National Cricket Academy (NCA) in Bangalore.
Before the pair of Qamran and Rasikh, Shubham Khajuria from Jammu had already represented India in Under-19 Tournament a few years back and now the talented young cricketers like Kanaihya Wadhawan, Musaif Ajaz, Abdul Samad, Vivrant Sharma, Jiyaad Nazir Magray and likes are waiting in the wings to represent the country.
Former J&K Player and Cricket Administrator, Ranjeet Kalra while complimenting the duo to get National Under-19 call is hopeful that more talented youngsters from J&K shall soon be picked up for the International Tournaments.
Kalra, who has been closely associated with BCCI further said, “BCCI now has a very compressive selection policy and it is heartening to see many of our players proving their mettle in BCCI Zonal and National Academies. Parvez Rasool’s playing for India has been a game changer for J&K. He is an icon who has shown the way and inspired others to follow their dreams of donning the National colours”.
Meanwhile, Rasool while talking to EXCELSIOR on the selection of Qamran and Rasikh said that the duo deserved to represent the country.
When contacted, CEO JKCA, Syed Ashiq Hussain Bukhari lauded the efforts of these talented youngsters, besides their coaches, mentors and well wishers for their selection in the Indian team.
J&K’s mentor and former Test Cricketer Irfan Pathan was all praise for the duo for their selection.