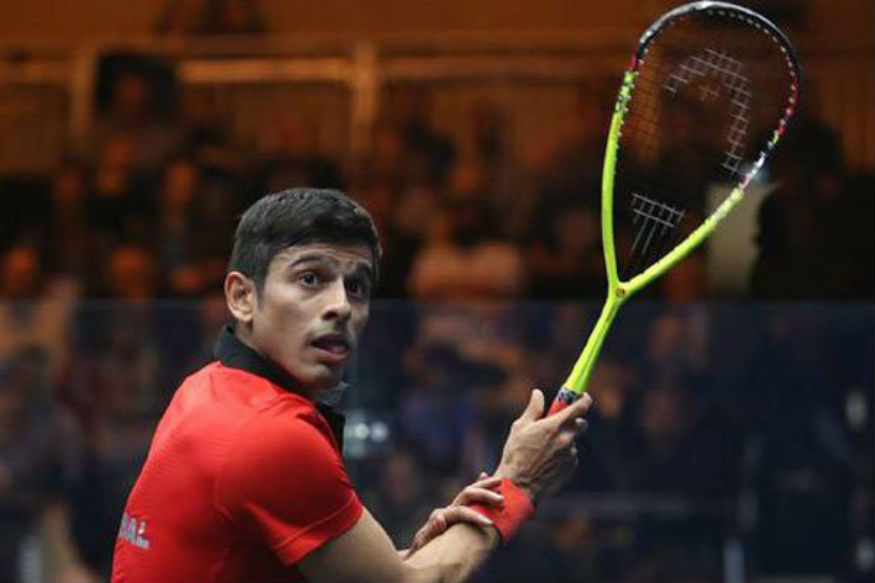 Chicago, Feb 27: India’s Saurav Ghosal made his way into the quarterfinal with a hard fought win over Wales player Joel Makin in the PSA World Squash championship here.
The 32-year-old Indian, seeded 11th, won 11-13, 11-7, 11-7, 13-11 but the success did not come easily, thanks to the way his unseeded opponent fought for every point.
Makin, who previously faced and lost to Saurav in the CCI International in Mumbai in 2017, presented himself as a much better player.
Saurav knew his hands were full when Makin snatched the first game.
The Indian was able to tighten his game to take the next two.
In the fourth game, however, Saurav was down 5-8 and Makin looked set to clinch the game but experience helped the Indian as he clawed back and earned three match balls before ensuring a win.
This is the second time that Saurav has reached the last eight, the last being in 2013.
Saurav next faces the third seed German Simon Rosner. (PTI)