NEW DELHI, Sep 19: The Sports Authority of India (SAI) on Saturday approved former world no.1 Kidambi Srikanth’s request to allow his coach and physiotherapist to accompany him for the Denmark Open badminton tournament scheduled to be held in Odense from October 13 to 18.

The 27-year-old is part of the Target Olympic Podium Scheme (TOPS) and thus will receive support by SAI. He has also sought permission to reach the tournament early.

“The proposal to participate in the competition came from Srikanth, who has also requested that he be allowed to reach the venue early and that his coach and physio be allowed to accompany him for the tournament,” a SAI release stated.

“However, their names are still to be decided,” it added.

SAI will also bear the cost for Srikanth’s COVID-19 testing that is required to be done before he takes part in the competition.

The Denmark Open will mark the resumption of international badminton after it came to a halt in March because of the dreaded virus.

Besides Srikanth, former world no 1 Saina Nehwal and Lakshya Sen will be participating in the event. The trio were part of the six-member team selected for the event by Badminton Association of India.

Olympic silver medallist PV Sindhu, doubles pair of N Sikki Reddy and Ashwini Ponnappa, had pulled out of the event.

Earlier this week, the Badminton World Federation (BWF) was forced to postpone the Thomas and Uber Cup after multiple teams pulled out due to the COVID-19 pandemic.

The world body also cancelled the Denmark Masters 2020 scheduled from October 20 to 25. (PTI) 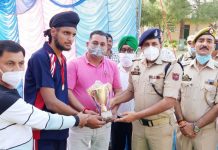 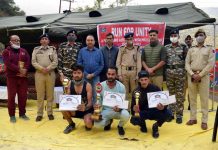 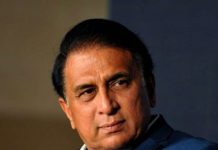 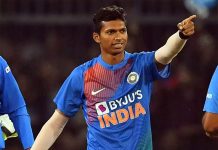 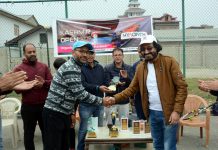