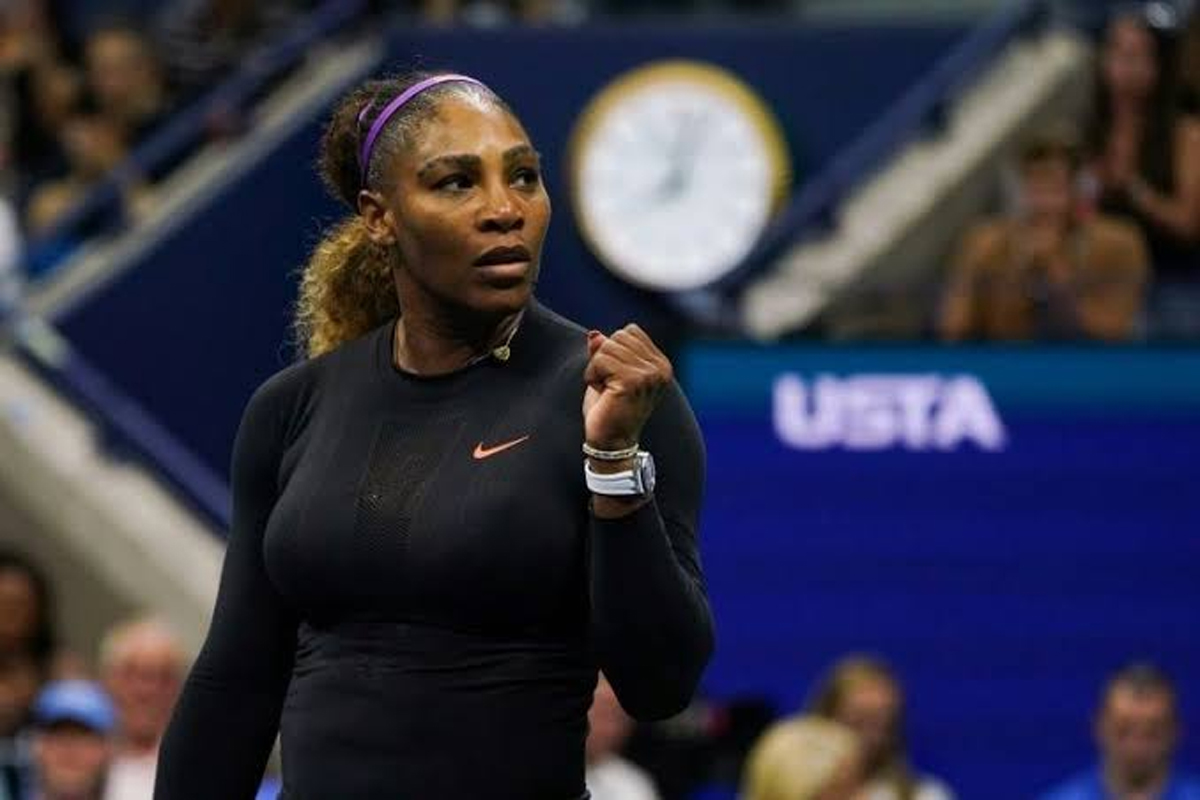 Serena Williams earned her 100th win at the US Open with a brutal 44-minute demolition of Wang Qiang, firing an ominous warning to rivals in her pursuit of a record-tying 24th Grand Slam title.

Six-time US Open champion Williams on Tuesday dismantled Chinese 18th seed Wang 6-1 6-0 in a complete mismatch that was the quickest at this year’s tournament to set up a semi-final clash with Ukrainian trailblazer Elina Svitolina.

Williams brought up a century of US Open wins to move to within one of the all-time leader Chris Evert.

The 37-year-old American is seeking a 24th major title to match Margaret Court’s longstanding record, and smacked 25 winners against first-time Slam quarter-finalist Wang, who failed to hit a single one.

The 27-year-old Wang had not lost a set during her best Slam run that included a defeat of reigning French Open champion Ashleigh Barty in the last 16, but she was powerless to stop a Williams onslaught at Arthur Ashe Stadium.

“When I play someone who is playing really well, I know I have to either step it up or go home and I wasn’t ready to go home. I had to come out here and play really well,” said Williams, suffering no ill effects from the ankle she rolled in her previous match.

“Physically I’m feeling great. More than anything I’m just having fun every time I come out here.”

Wang, trying to become just the fourth Chinese player to reach the last four of a Slam, won just four points in the second set and 15 in total.

“It’s not easy to play against her,” Wang said.

“The power, like, I cannot handle it. Just too much for me.” Williams captured her last Slam title at the 2017 Australian Open while pregnant and hasn’t won the US Open since 2014.

Fifth seed Svitolina defeated Britain’s Johanna Konta 6-4 6-4 to become the first Ukrainian to reach the US Open semi-finals, matching her run to the last four at Wimbledon in July.

“It feels amazing. It was a very, very tough match. We were both striking the ball well. It was quite even,” Svitolina said.

“I’m very, very happy the way I handled the pressure.”

Svitolina watched a pair of match points pass her by at 5-3 on her opponent’s serve as Konta gamely fought to stay alive, but the Ukrainian closed out victory in the following game.

Svitolina had already knocked out two-time former champion Venus Williams and 2017 runner-up Madison Keys and is in a class of her own as the only Ukrainian woman to reach this stage at a major.

She will attempt to emulate Andrei Medvedev as just the second Ukrainian to play in a Grand Slam final. Medvedev lost the men’s 1999 Roland Garros final in five sets to Andre Agassi.

“Serena is an amazing champion. Probably it’s going to be really tough against her,” Svitolina said.

Williams, the lone former Grand Slam champion remaining in the draw, has defeated Svitolina in four of five previous meetings, although the latter won their most recent encounter at the 2016 Rio Olympics.

Konta, who took out third seed and 2016 runner-up Karolina Pliskova in the last 16, was denied in her bid to be the first British woman to make the US Open semis since Jo Durie in 1983.

“She played so well, to be honest. Actually, I didn’t play badly at all,” said Konta, reflecting on a season in which she reached the quarter-finals or better at three Slams.

“It’s the best I have ever done so far in my career. There is a lot to be proud of there. There’s a lot to look back and smile on.”

The US Open is guaranteed a first-time major finalist and there will be four different Grand Slam winners in a season in the Open era for an unprecedented third year in a row.

Aima flags off ‘Run for Unity’

Mary Kom to be conferred with Padma Vibhushan, Sindhu to get Padma Bhushan