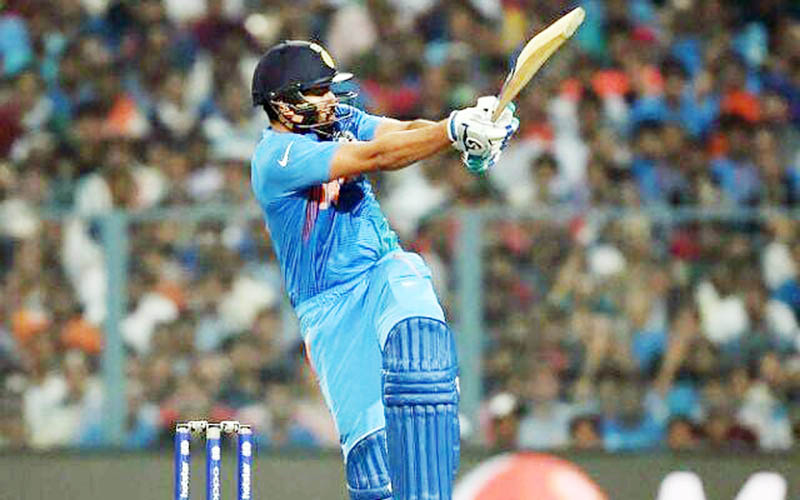 New Delhi, Mar 22:
India’s swashbuckling opener Rohit Sharma on Sunday took a dig at the ICC after his name did not feature in a poll initiated by the apex body on who has got the best pull shot in international cricket.
The International Cricket Council tweeted a collage of four batsmen playing the pull shot, asking fans whose is the best.
It included pictures of West Indies legend Viv Richards, Australia great Ricky Ponting, former South African batsman Herschelle Gibbs and Indian skipper Virat Kohli.
Unamused, Rohit, who is the only batsman to score three double hundreds in the ODIs, responded by tweeting, “Someone’s missing here ?? Not easy to work from home I guess.”
The ICC had asked, “Which batsman, past or present, has the best pull shot, in your opinion?”
In the wake of the COVID-19 pandemic that has brought the world to a standstill, Rohit shared his take on the effects of climate change, and looked at the brighter side of the lockdown that has been put in place across the world.
“Through these extremely difficult and dangerous times, Mother Earth has found a way to heal. Our planet has shown us what a difference a lifestyle change can make even in a short amount of time.
“We always wondered if it was too late to combat climate change but Mother Earth has shown us that we can reverse it and help her heal if we all do it together,” his message read.
The pandemic has claimed more than 13,000 lives while infecting over three lakh people, forcing authorities to take stringent measures to combat it.
Rohit added, “Through these testing times India has seen a major drop in its air and noise pollution levels, Venice has dolphins playing in their harbours, boars running around their streets, Rome has swans in their fountains and the pollution levels have dropped all over the world!
“This is the world we need to protect,” he added.
Among other things, the pandemic has led to either cancellation or postponement of all sports events. (PTI)