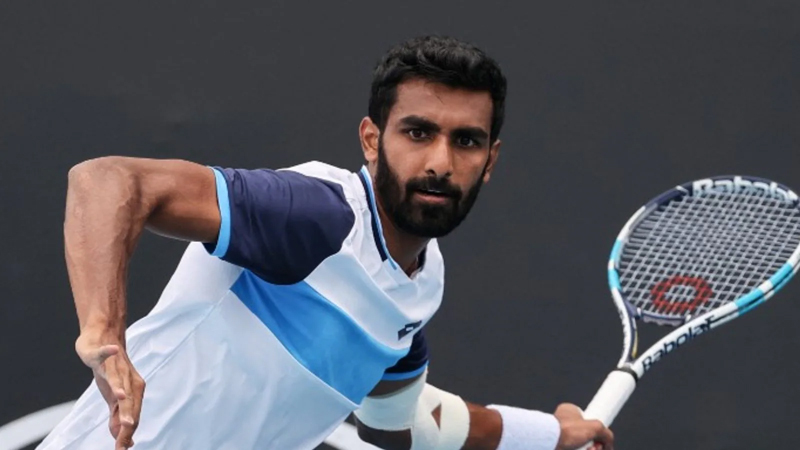 BENGALURU,  Feb 14:  Prajnesh Gunneswaran was knocked out of the Bengaluru Open 2 but Arjun Kadhe advanced to the singles second round here on Monday.

Paying a price for his unrelenting errors, Prajnesh lost 4-6 2-6 to top seed Aleksandar Vukic but Kadhe brushed aside the challenge of compatriot Adil Kalyanpur 6-2 6-2.

Although the match between Vukic and Gunneswaran seemed to go on an even note, the 25-year-old Australian achieved a crucial break in the third game, which eventually helped him walk away with the first set.

Vukic moved ahead 2-0 after a break in the very first game of the second set and got one more break in the fifth game for a decisive 4-1 lead.

In another interesting match of the day, after an early break in the second game, 28-year-old Dimitar dominated the proceedings.

However, Grenier showed signs of a comeback with a break in the seventh game to narrow the lead to 3-4 but lost his serve again in the 10th to lose the set.

The games went with the serves in the second set, each of them fiercely contested with long rallies. A double fault in the sixth game followed by another unforced error cost him his serve, which paved the way for Dimitar’s win.

Earlier in the day, Nitin Kumar Sinha toiled his way into the main rounds by ousting third seed Rio Noguchi of Japan 6-4 6-7 (5) 6-1 in the final qualifying round.

Joining him was the top seed in qualifiers, Mukund Sasikiran, who was stretched by fellow Indian Manish Suresh Kumar before prevailing 7-5 1-6, 6-3.  (PTI)