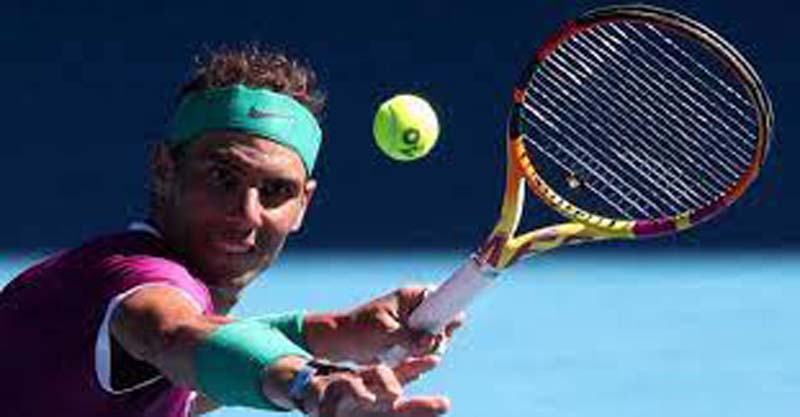 Melbourne, Jan 17: The first test of Naomi Osaka’s new approach to tennis might have been when she completely whiffed an overhead to give her opponent a break point on Day 1 of the no-Novak-Djokovic Australian Open.
In Osaka’s mind, the drama involving nine-time champion Djokovic’s deportation on the eve of the Australian Open was something for the players in the men’s draw to worry about. Her title defense began smoothly enough: She won the first five games on the way to a 6-3, 6-3 victory over Camila Osorio on the main court.
With so much attention on the 11-day saga of Djokovic’s attempt to participate in the year’s first Grand Slam tournament, and bid for a fourth consecutive title at Melbourne Park, the returns of Osaka and Rafael Nadal have been overshadowed.
Nadal is tied with Djokovic and Roger Federer with 20 major singles titles each, the most in the history of men’s tennis. With Djokovic unable to defend his crown in Melbourne because he didn’t meet Australia’s strict COVID-19 vaccination criteria, the door is slightly more ajar to Nadal.
Osaka’s main concern, meanwhile, is winning a fifth major title, and her third at the Australian Open.
Monday was Nadal’s first appearance at a major since he lost to Djokovic in the semifinals of the French Open. He missed Wimbledon because of fatigue, skipped the U.S. Open with a painful left foot and, after recovering from COVID-19, started 2022 with a title in a tuneup tournament in Melbourne. (Agencies)