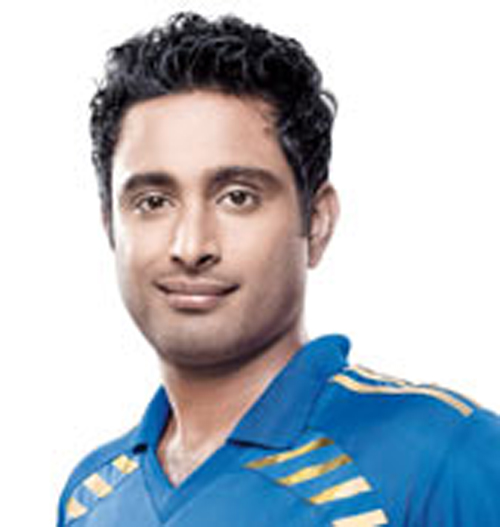 Snubbed twice over for the ongoing World Cup, Indian middle-order batsman Ambati Rayudu today retired from all forms of cricket without specifying his reasons for calling it quits.
The 33-year-old Andhra Pradesh batsman was in India’s official standbys list for the big event in the UK but was ignored despite the injury-forced ouster of all-rounder Vijay Shankar.
Opener Mayank Agrawal was brought in on the team management’s insistence and it is learnt, Rayudu was left quite disappointed by the turn of events.
“…I have come to decision to step away from the sport and retire from all forms and levels of the game. I would like to take this opportunity to thank the BCCI and all the state associations that I have represented which include Hyderabad, Baroda, Andhra and Vidharbha,” Rayudu said in his mail to the BCCI, which is with PTI.
“It has been a honour and privilege to have represented our country,” he added.
Rayudu played 55 ODIs for India, scoring 1694 runs at an average of 47.05. The player, who could never break into the Test team, was in the spotlight before the World Cup.
Declared the preferred No.4 batsman by captain Virat Kohli not many months ago, Rayudu was ignored for Shankar in India’s final squad for the big event.
Chairman of selectors MSK Prasad had justified the move by saying that Shankar had “three-dimensional skills”. Shankar couldn’t make much of an impact and was eventually forced out by a toe injury.
Rayudu had taken a dig at Prasad’s statement with a cheeky social media post.
“Just Ordered a new set of 3d glasses to watch the world cup,” he had tweeted at the time.
He was later put in the standbys list but wasn’t called.
“I would like to thank the captains I have played under, MS Dhoni, Rohit Sharma and especially Virat kohli who always had shown great belief in me throughout my career with the Indian team.
“It has been a wonderful journey of playing the sport and learning from every up and down it brought up on for the last 25 years at various different levels,” he wrote.
The right-hander earned the reputation of being a temperamental player owing to several confrontations with fellow cricketers and even match officials in the domestic circuit.
He retired from first-class cricket last year to focus on limited-overs format.
He played in the now defunct Indian Cricket League in 2007 which came in the way of his selection to the national side.
Eventually, he found himself among the 79 players, who were pardoned by the BCCI in 2009 for competing in the rebel league. He broke into the national ODI side in 2013 against Zimbabwe.
Once the IPL rolled out, Rayudu was picked by Mumbai Indians (from 2010 to 2017) before also plying his trade with the Chennai Super Kings (past two seasons).
He amassed 602 runs in the 2018 IPL season which included one century and three fifties. This year, Rayudu made 282 runs, including a solitary 50 to his name.
Last year, Rayudu hit the headlines after being handed a two-match ban for a verbal altercation with on-field umpires during the Syed Mushtaq Ali Trophy. (PTI)