Excelsior Sports Correspondent
SRINAGAR, June 25: Jammu and Kashmir Rowing team clinched its maiden medal at the concluding day at the National Rowing Championship held at Dal lake here today.
On the final day of 23rd sub-junior and 5th Inter State Challenger National Rowing Championship, J&K team clinched Bronze Medal in sub junior category of Rowing Championship.
Divisional Commissioner Kashmir, Pandurang K Pole while congratulating the J&K team for bagging the medal said J&K UT has unlimited scope in water sports activities and in this direction the Government is making its every effort to develop several water bodies in the Union Territory.
During his speech at the concluding day of the Championship, Pole expressed his satisfaction over the successful conclusion of the national championship and said the event gave a huge opportunity to the region to display its natural water resources.
He added that J&K has water resources in abundance for which the Government is making all its efforts to develop water bodies for different water sports activities.
He observed that J&K has Alpine lakes which can be tapped for water sports activities for national and international Water Sports Championships.
The championship witnessed the participation of around 700 players and officials belonging to 25 States and Union Territories from different parts of the country.
General Officer in Command 31 Sub Area, President Rowing Federation of India, Organizing Secretary, coaches and players from different States and UTs were also present on the occasion.
On the occasion, medals and prizes were also distributed among the players in different categories of the event.
The event was conducted by J&K Rowing and Sculling Association under the auspices of Rowing Federation of India and sponsored by J&K Sports Council, Khyber with active support from J&K Police, Tourism, J&K Administration, Health, LAWDA, SKICC, SDRF, NDRF and SMC. 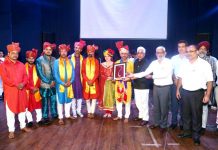 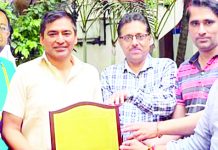 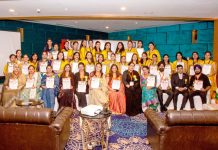 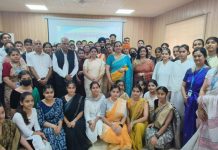 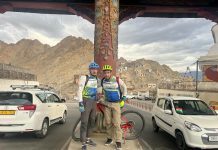 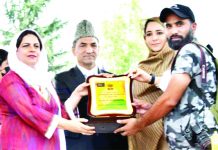 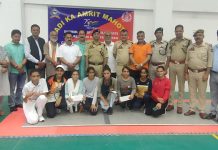 Inclusion of non-local voters a clear-cut de-franchising of people of Jammu & Kashmir: NC

One person was detained from the Jammu bus stand, in connection with suspected terror...