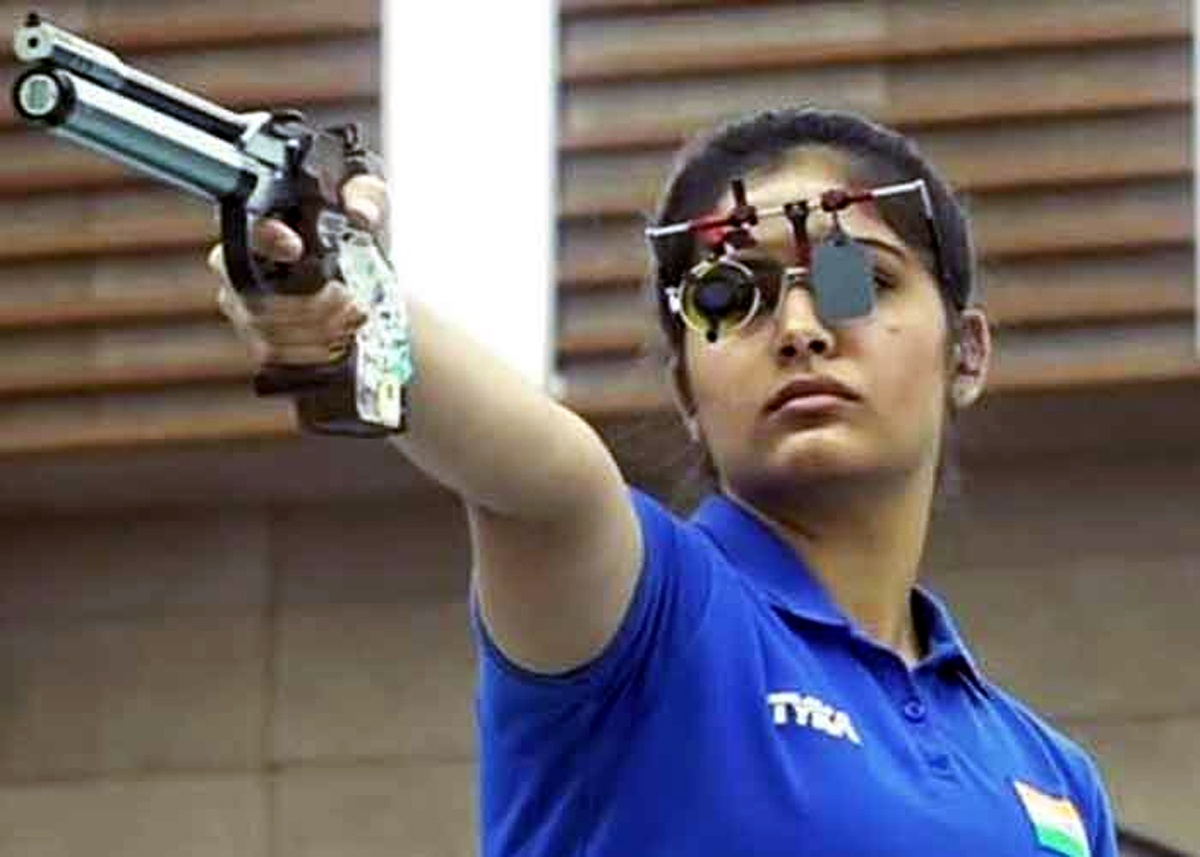 BHOPAL, Jun 24: Pistol ace Manu Bhaker shot a double gold, claiming both the women’s and junior women’s 10m air pistol titles at the 20th Kumar Surendra Singh Memorial Shooting event here on Friday.
The 20-year-old from Haryana shot 263.9 to outclass her opponents in the eight-women semi-final event.
Compatriot Arshdeep Kaur had a neck-and-neck fight with Manu and even followed her to the gold medal contest.
However, Manu, a former world number one, outshot Kaur 16-14 in a closely fought final contest.
Kaur finished second with a score of 260.5 to bag the silver medal, while Haryana’s Radhika Tanwar won the bronze.
In the junior women’s event, Manu was once again in a league of her own as she claimed the top position with a score of 249.
It was Uttar Pradesh’s Yuvika Tomar, who was the best shooter all-around in qualifying, topping both the women’s and junior women’s qualifiers with a score of 584.
However, Manu was too good for her, sealing the final 16-12.
The second and third positions were claimed by Yuvika Tomar of Uttar Pradesh and Lakshita of Haryana, who scored 252.7 and 246.7 respectively.
Shikha Narwal won in the youth category where Lakshita picked up the silver.
Yuvika did win gold on the day though, teaming up with Anjali Chaudhary and Devanshi Dhama to seal the team title for UP.
Haryana won silver, while Maharashtra claimed the bronze medal. (PTI)