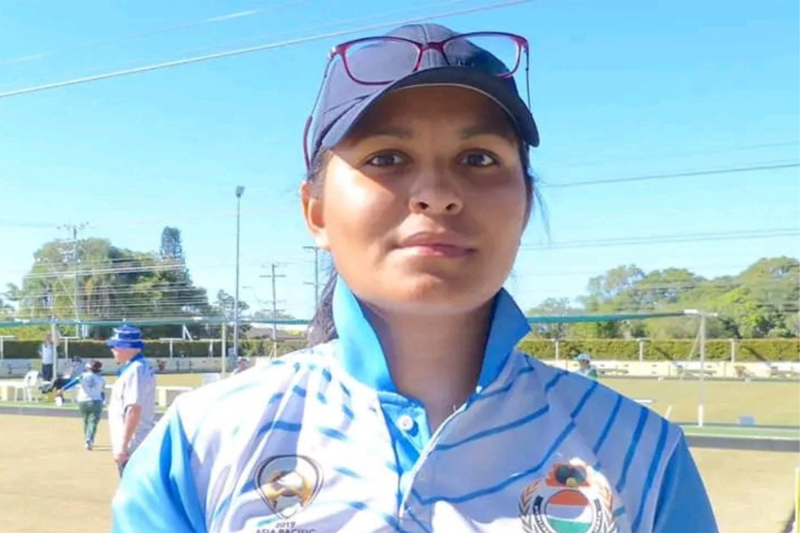 Birmingham, July 29: Woman singles player Tania Choudhary and men’s triples team suffered twin losses each on the opening day of lawn bowl competitions in the Commonwealth Games here on Friday.
The Indian men’s team of Chandan Kumar Singh (skip) Navneet Singh (lead) and Mridul Borgohain (second) lost 6-23 to New Zealand in their first game. They then suffered 12-19 defeat at the hands of Scotland in the second game.
The New Zealand team comprising Andrew Kelly (lead), Mike Galloway (second) and Ali Forsyth (skip) proved far superior to the Indians.
But, the Indians put up a fight against the Scottish trio of Stewart Anderson (lead), Iain McLean (second) and Darren Burnett (skip). (PTI)
It was a neck-to-neck affair till the seventh end but Scotland surged ahead and gave no chance to the Indian team to stage a comeback.
The 26-year-old Tania Choudhary first suffered a 10-21 loss to Scotland’s Dee Hoggan in the women’s singles sectional play.
In the second game against Falkland Islands’ Daphne Arthur-Almond, Choudhary put up a far better show, but that wasn’t enough for a win, as she suffered a narrow 20-21 loss to her opponent. (PTI)