Excelsior Correspondent
JAMMU, Nov 17: Twelve CBSE affiliated schools of Jammu and neighbouring towns took part in the 7th Edition of Inter School Mega Quiz contest hosted by KC Public School today.
The schools, which took part in the quiz were the host school KCPS, KC International, KC Gurukul Public School, BSF Senior Secondary School, Jodhamal Public School, Sainik School Nagrota, APS Nagrota, APS Ratnuchak, Banyan International School, APS Akhnoor and APS Rakh Muthi.
Nearly 300 students of host school and participating schools formed the responsive audience who cheered their school teams with aplomb.
The quiz began with an innings round in which all the 12 teams answered 4 questions each as parts of four pools containing three teams each. At the end of this round, one team from each pool got eliminated on the basis of lowest score. The remaining 8 teams then moved on to the quarter final stage with only 2 teams in each pool. After answering 4 questions each at this stage, 4 teams made it to the semifinals on the basis of their higher score.
The race for the final stage turned intense with the degree of difficulty in the questions going several notches higher. Eventually, BSF School and APS Ratnuchak made it to the finals.
In a highly charged atmosphere, the finalists vied with each other in getting the right answer and in the long run, the team from BSF emerged quizzing champions of the Quiz-Zone 2018 edition.
The chief guest on the occasion was Prof Madhulika Bhagat from Jammu University, who distributed the awards to the winners and participants. 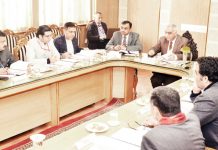 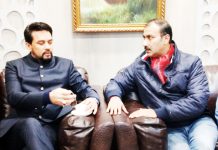 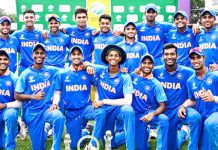 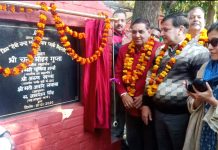 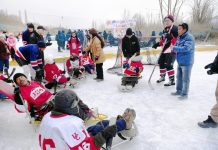