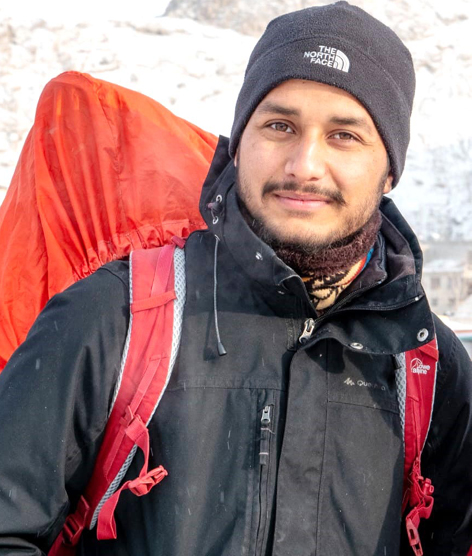 Excelsior Sports Correspondent
JAMMU, Feb 24: Manik Slathia of Mountaineering Association of J&K has been selected by Indian Mountaineering Foundation, New Delhi, the apex body for mountaineering and allied sports in the country, for a mountaineering expedition to Mount Everest, the highest peak on earth.
Manik is among the four mountaineers selected for this prestigious Eco Everest expedition-2019.
The other members of the team are Ravinder Kumar (leader), Dhruv Joshi of Utrakhand and Shanti Rai of Sikkim.
The team will attempt the summit of Everest from the North Face from the China side.
Earlier, Indian Mountaineering Foundation had selected 18 prominent mountaineers from throughout the country including Miss Stanzin Youthog and Manik Slathia of Mountaineering Association of J&K for a selection camp which was organised around Leh during January.
Finally after a month long rigorous training in sub zero temperature only four mountaineers were selected. Since only one girl was to be selected Stanzin Youthog, though an accomplished climber, could not find a place in the team. The 4 member team may now attend another such month long specialized conditioning camp elsewhere and then proceed to China in the last week of March. Pertinent to mention that Manik Slathia is a fast upcoming mountaineer of J&K who has successfully completed all his mountaineering courses and has scaled Matho Kangri, Stok Kangri and Kolhai peak in J&K and Dharamsura in Himachal Pradesh during an Alpine camp organized by Indian Mountaineering Foundation, New Delhi in 2018.
With his selection in the Indian Everest team he will be the first mountaineer of J&K who will attempt Everest from the China side.