SRINAGAR, Mar 2: The 2nd edition of Khelo India National Winter Games which commenced on February 26 at Gulmarg culminated today with organising a grand spectacular Ceremony. The event started with the fragrance of burning harmel (Izband), a traditional practice of Kashmir to mark the occasion of the beginning of the closing ceremony.
On the occasion, Principal Secretary, Youth Services and Sports, Alok Kumar, who was the chief guest, while speaking described the site as spectacular and most beautiful. He also made an announcement that the 3rd Edition of the Khelo India National Winter Games have been allotted to Gulmarg.
He congratulated all the players especially those who came from non-snow bound States and performed very well. He wished good luck to those participants who could not make it to medals this year and asked them to give their best in next edition.
Kumar said that Khelo India instills a spirit of oneness. He said that Gulmarg shall be made the hub of sports and nursery for grooming players for Olympic Games. He said Gulmarg has been given the National Centre of Excellence, besides 40 other sport centers will come up in 20 districts. He congratulated J&K Sports Council and other associations for organising the event successfully.
On the occasion, Commandant High Altitude Warfare School Gulmarg, Major General RK Singh, Director, Tourism, Kashmir, G N Itoo, Secretary J&K Sports Council, Nuzhat Gul, President Winter Games Association, President, Hoteliers Association, Gulmarg, Heads of Various Sports associations, officers, dignitaries, players and tourists were present.
While welcoming the chief guest on closing ceremony, Secretary J&K Sports Council, Nuzhat Gul said that under the guidance of the new Principal Secretary, the department will achieve new heights to make Jammu and Kashmir the sports destination of the country. She said the department will grab all the opportunities to promote all types of games.
On the occasion, A number of cultural programmes were performed by the J&K Cultural Department’s Yimbarzal Troupe who sung traditional Kashmiri songs. Besides, several artists, Abid Ali and Zahida Taranum sung several Sufi and Bollywood songs at intervals to enthral the guests, athletes, tourists and audiences to keep their spirit at higher level. The entertainment aroused a huge response and applause from the participants.
Further, medals were distributed among the winners of different games besides mementos were given to the chief guest and other dignitaries.
Meanwhile, President Winter Games Association, Abass Wani thanked the administration for the support and extended his gratitude to all the concerned officers and departments.
Besides, Chief Accounts Officers J&K Sports Council, Zafar Ahmad presented vote of thanks to the dignitaries, players, associations and concerned HoDs of the various departments.
Earlier, Alok Kumar visited Kongdori where Alpine Slalom Men, Alpine Slalom Women and Snowboard Men sports events were in progress.
On the occasion, Alok Kumar interacted with participants and encouraged them to show best sportsmanship while competing in the game. Regarding the conduct of the 2nd edition of Khelo India Winter Games, he said the satisfaction level is very high as organizers have removed all the difficulties and completed the events smoothly with successful results.
Secretary, J&K Sports Council said that her efforts are to emphasize more and more for the involvement of youth in the sports activities particularly in vernacular games and promotion of various sports in Jammu & Kashmir.
In the entire event, Jammu and Kashmir bagged 11 Gold , 18 silver and 5 bronze medals followed by Karnataka 5 Gold and 4 Bronze. Maharashtra got 3 Gold, 3 Silver and 2 Bronze medals. Uttrakhand won 3 Gold, 1 Silver and 3 Bronze medals. Himachal Pradesh won 2 Gold, 2 silver and 4 Bronze medals.
Andra Pradesh got 1 Gold, 1 Silver medal and 2 Bronze medals, followed by Delhi, which won 1 Gold, 2 Silver and 2 Bronze medals. Punjab got one Gold and 2 Bronze, Rajasthan and Chandigarh got 2 bronze medals each. Haryana got 1 silver and 1 Bronze while Odisha got 1 Bronze only. Bihar, Tamil Nadu and Lakshadweep had a drought of medals.
In the Ice hockey competition that was played in the wee hours of morning, Army from ASCB striked Gold, AIPSCB from ITBP got Silver and UT of Ladakh scored Bronze medal.
In the Slalom Snowboard of Senior Men’s group, Rigzin Nurboo got Gold, Vikar Rana won Silver and Karan Singh scored Bronze medal, all belonging to ASCB.
While in the Senior Women’s group of slalom event, Anchal Thakur won Gold, Shandhaya obtained Silver and Varshadevi clinched Bronze medal, all belonging to Himachal Pradesh.
In the Senior Men’s Slalom event, Mayank Panwar won Gold, Tsewang Narbo and Sunil Kumar got Silver and Bronze medals respectively, all from ASCB.
Today, in Speed Skating, 1000, Meters, Sumit Tapkir got Gold medal, Sohan Tarkar obtained Silver, both from Maharashtra while Prikshit Kharoliya from Haryana won Bronze medal
In the Sprint Senior Girls, 1500 meters, Danalakshmi from Karnataka bagged Gold, Sehrish Mushtaq from J&K won Silver and Devyani Semwal received Bronze medal.
In the Senior Girls Sprint 400 mtrs, Muskaan Shabaan won Gold medal, Ekta Singh from Delhi got Silver and Zehra Akhtar from Ladakh toiled Bronze medal. 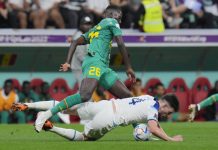 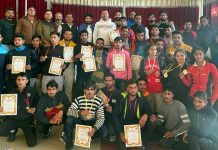 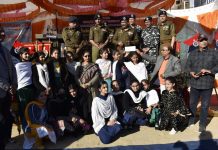 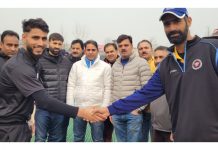 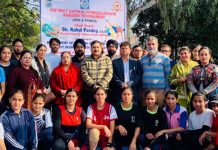 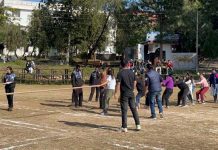 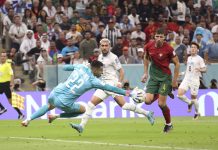 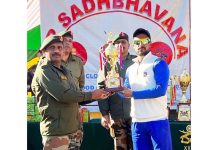 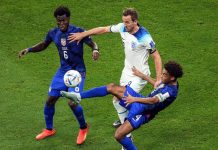 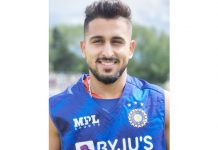 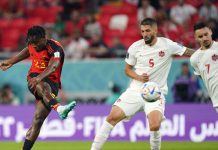