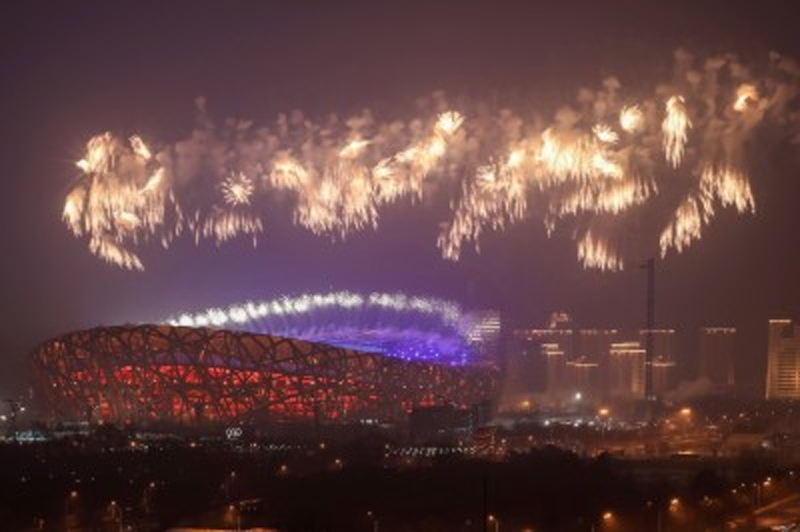 NEW DELHI, Feb 3:  India on Thursday announced that its top diplomat in China will skip the opening and closing ceremonies of the Beijing Winter Olympics over the “regrettable” decision by the Chinese side to depute a military officer involved in the Galwan Valley clash as a torchbearer for the mega sporting event.

External Affairs Ministry Spokesperson Arindam Bagchi said China has chosen to “politicise” an event like the Olympics and that the Charge d’Affaires of the Indian embassy in Beijing will not be attending the opening and the closing ceremonies.

The charge d’affaires at the embassy is the senior-most diplomat at present as ambassador-designate Pradeep Kumar Rawat is yet to take charge.

“We have seen the reports on this issue. It is indeed regrettable that the Chinese side has chosen to politicise an event like the Olympics. I wish to inform that the charge d’affaires of the embassy of India in Beijing will not be attending the opening or the closing ceremony of the Beijing 2022 Winter Olympics,” Bagchi said.

The opening ceremony of the 24th Winter Games will take place on Friday.

Qi Fabao, the People’s Liberation Army (PLA) regiment commander involved in the June 15, 2020 clash with India in Eastern Ladakh’s Galwan Valley, was chosen by China to carry the Winter Olympic torch in Beijing on Wednesday, according to China’s state-run Global Times newspaper.

Fabao, who sustained a serious head injury during the clash, was among the 1,200 torchbearers at the relay on Wednesday. The Chinese move was seen as some kind of messaging towards India.

India’s move comes over two months after it expressed support for China in hosting the Beijing Olympics during a meeting of Foreign Ministers of the Russia-India-China trilateral.

“The Ministers expressed their support to China to host Beijing 2022 Winter Olympic and Paralympic Games,” a joint communique issued after the meeting on November 26 said.

Soon after the announcement by the Ministry of External Affairs, Prasar Bharati CEO Shashi Shekhar Vempati said that Doordarshan’s sports channels will not live telecast the opening and closing ceremonies of the Olympics.

“Consequent to the announcement by @meaindia, @ddsportschannel will not telecast live the Opening and Closing ceremonies of the Winter Olympics being held in Beijing,” he tweeted.

The eastern Ladakh border standoff escalated after the Galwan Valley clashes on June 15, 2020.

Twenty Indian Army personnel laid down their lives in the clashes that marked the most serious military conflicts between the two sides in decades.

In February last year, China officially acknowledged that five Chinese military officers and soldiers were killed in the clashes with the Indian Army though it is widely believed that the death toll was higher.

Bagchi did not reply to a question on a report by an Australian newspaper that the Chinese PLA suffered higher casualties in the Galwan Valley clash than what has been reported.

Australian newspaper The Klaxon on Wednesday carried a report which said China’s losses in the Galwan Valley clash were much higher than reported with many soldiers drowning while crossing a fast-flowing river in darkness.

It cited findings by unnamed researchers and mainland Chinese bloggers in the report and said they have declined to be named on security grounds, but their findings appear to “shed significant light on the saga”.

“Claims of substantial Chinese casualties are not new, however evidence provided by a group of social media researchers, which The Klaxon has independently built on, appears to support claims that China’s casualties extended well beyond the four soldiers named by Beijing,” it said.

“China’s losses in the high-altitude 2020 Galwan Valley border clash with India — the deadliest confrontation between the two giants in over four decades — were much higher than reported with many soldiers drowning while crossing a fast-flowing, sub-zero river in darkness, new research claims,” the report said.

The border standoff in eastern Ladakh erupted on May 5, 2020, following a violent clash in the Pangong lake area and both sides gradually enhanced their deployment by rushing in tens of thousands of soldiers as well as heavy weaponry.

As a result of a series of military and diplomatic talks, the two sides completed the disengagement process in Gogra as well as in the north and south banks of the Pangong lake last year.