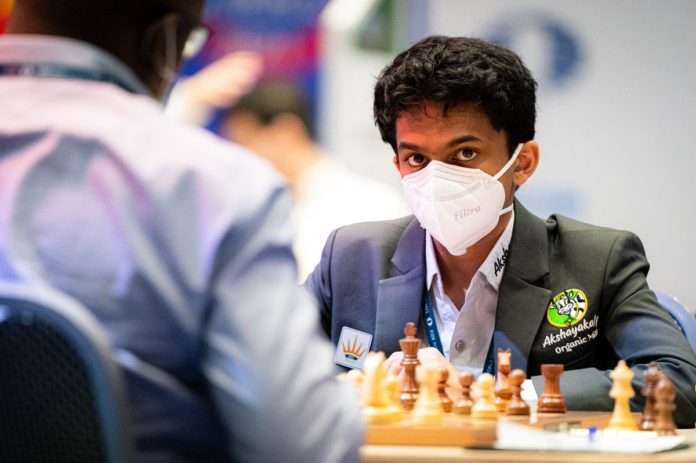 BIEL  (Switzerland), Aug 4: India’s teenaged Grandmaster Nihal Sarin drew against French GM Maxime Lagarde in the seventh and final round of the Classical section of the Grandmaster Triathlon at the Biel Chess Festival here on Wednesday to finish third in the overall standings.

Veteran American player Gata Kamsky, who established an early lead with a good performance in the Rapid event held on to win the title despite a below par showing in the Blitz section.

He finished with 35 points (from 7 rounds of rapid, 14 rounds of Blitz and seven classical games) and emerged champion.

He beat young German GM Vincent Keymer in the seventh round.

Sarin, who performed very well in the Blitz, could not win even one game in the Classical section which appeared to hurt his chances in the overall standings as he finished with 28.5 points.

The 17-year old Indian GM was forced to sign peace with Lagarde in a 63-move game.

He lost to the top-seed Kirill Alekseenko (Russia) and drew the other six games in the classical event.

Meanwhile in the Master Tournament, part of the Biel Chess Festival, UAE’s Saleh Salem AR emerged the winner with seven points after a final round win over Pavel Eljanov of Ukraine.

Indian Grandmaster Karthikeyan Murali, who led the field till the start of the ninth round, drew his final round game against compatriot D Gukesh to finish with seven points. He, however, lost out on the top prize on the basis of an inferior tie-break score.

The 15-year old GM D Gukesh finished with 6.5 points and was the second best Indian after Karthikeyan Murali at fifth place.

Another teen prodigy R Praggnanandhaa ended up with 5.5 points after settling for a draw in the ninth and final round against Gregely Kantor of Hungary. He finished 13th.

Harshit Raja became India’s 69th Grandmaster after securing his third and final GM norm and crossed the 2500 Elo rating during the Masters event at Biel. He scored five points to finish 23rd.