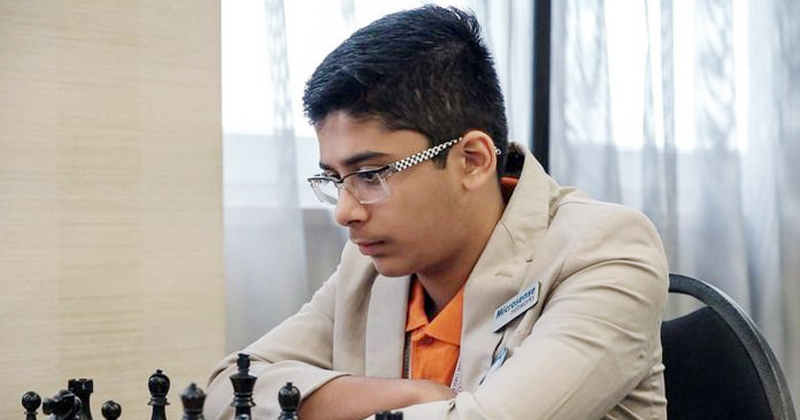 Unable to return to country due to travel restrictions, India’s young International Master Leon Luke Mendonca is making best use of his time finishing runner-up at the Paracin Open in Serbia.
The 14-year old Goa player (ELO rating 2470) finished with seven points from nine rounds.
He has been stuck in Hungary for nearly three months with his father Lyndon after being denied boarding pass as India was in lockdown due COVID-19 outbreak.
Mendonca has been playing in events and won the Balaton Chess festival in Budapest in June and finished second at the Paracin Open on Thursday.
He was happy with his performance at the Paracin Open and said he was unlucky to miss out on a GM norm by a whisker.
“I am happy with my performance in the tournament. I missed a GM norm by a whisker as I needed to play a 2340+ opponent in the last round,” he told PTI from Serbia.
The young IM remained unbeaten in the Paracin Open and finished with five wins to seal second place.
He said the tournament saw players undergo thermal checks and were provided hand sanitizer before entering the playing arena and wore masks while seated at the board, adding this seemed to be the new normal in the world hit by the coronavirus pandemic.
Leon Mendonca will be taking part in a GM round-robin tournament beginning on Saturday in Paracin as he continues his quest to earn the Grandmaster title. He held the champion Liugi Pier Basso (Italy, ELO 2596) to a draw in the sixth round.
Earlier, he had won the open section at the Balaton Chess festival in Budapest with a round to spare in June.
Having been away from India for the best part of five months now, the younger Mendonca is hoping to participate in any tournament that comes.
Mendonca had left for Moscow in February along with his father to play in the Aeroflot Open which featured several other Indian players and headed to Budapest after an event in Vietnam got postponed due to the coronavirus and got held up there due to the travel restrictions.
He misses his mother, a doctor in Goa, who is working in the frontline in the fight against the COVID pandemic, but stays in touch through video calls. (PTI)