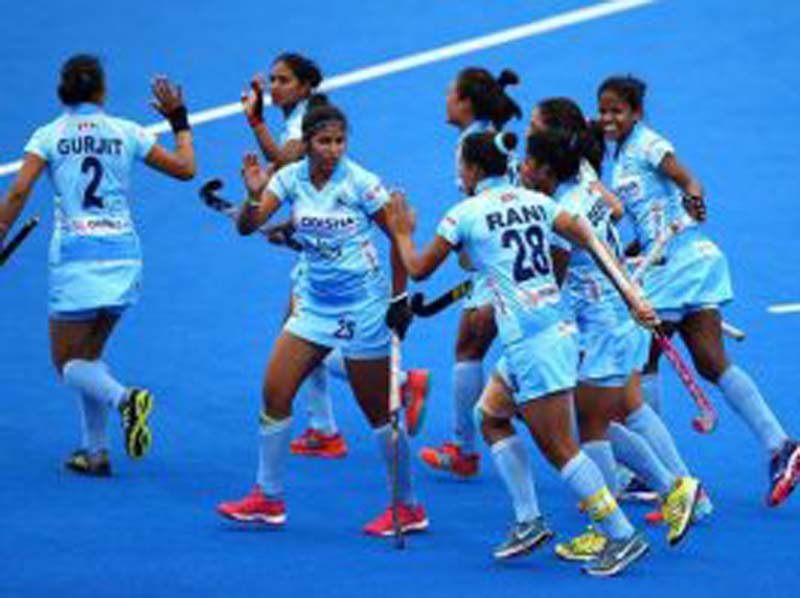 Jincheon (Korea), May 22: The Indian women’s hockey team came from a goal down to eke out a close 2-1 win over South Korea in the second game and take an unassailable 2-0 lead in the three-march series, here today.
The Indians had earlier defeated Korea by identical margin in the opening game of the series.
India will take on Korea in the inconsequential last match of the series on Friday.
Today, skipper Rani Rampal (37th minute) and Navjot Kaur (50th) scored for India after Lee Seungju gave South Korea the lead in the 19th minute through a field strike.
The match started on a fast-paced note with both India and Korea trading penalty corners in the first quarter but goalkeepers of both the teams made some fine saves to keep a clean slate.
Four minutes into the second quarter, Korea took the lead through Seungju’s field goal.
Stunned by the Koreans, the Indians made a strong comeback after the change of ends and pulled a goal back seven minutes into the third quarter through captain Rani’s brilliant field effort.
India kept up the pressure on the Korean defence and surged ahead in the 50th minute through Navjot’s strike.
“Our performance was much better than the first match. Our skill control in today’s game was much better and the quality was good and consistent. I believe we could have scored more goals but the intensity and effort was good from the team,” India’s chief coach Sjoerd Marijne said after the game.
Marijne said good results here would boost the team’s confidence ahead of the important FIH Women’s Series Finals in Hiroshima later this year.
“I am happy with the adjustments the team made. We played our first match just 24 hours after we arrived in Jincheon. It is nice we have won two matches in this three-match series. This will surely boost the team’s spirit ahead of the FIH Women’s Series Finals Hiroshima 2019,” he added. (PTI)