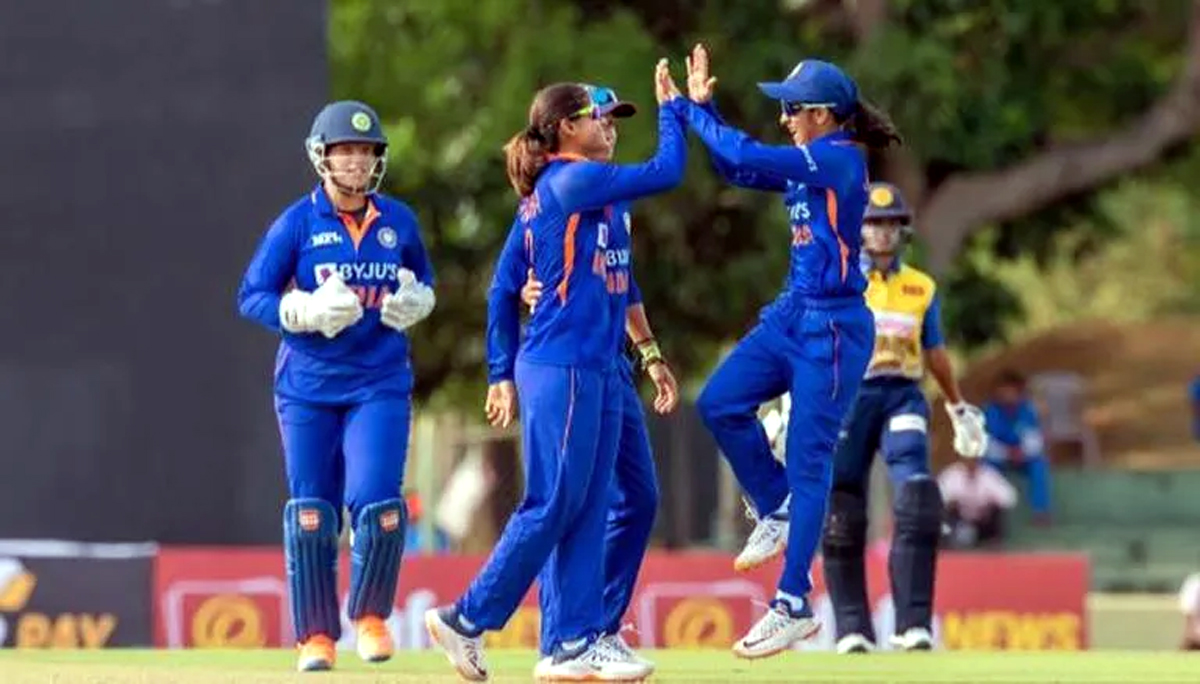 DAMBULLA, June 24: Eyeing a series-clinching victory, the Indian women’s cricket team would expect a better showing from its top-order when it takes on Sri Lanka in the second T20 International, here on Saturday.
The Indians made a positive start to the limited-overs tour of the Island nation with a 34-run win in the series-opener on Thursday.
The team would not only aim to secure the three-match series but also address the grey areas and continue the winning momentum ahead of the Birmingham Commonwealth Games, where women’s cricket will make its debut in the T20 format.
The Birmingham Games will be held from July 28 to August 8.
In the series opener, the Indians managed a modest 138 for six after opting to bat before the bowlers, led by left-arm spinner Radha Yadav, chocked the Lankan batters. But India’s batting show left a lot to be desired in the first game.
The likes of Shafali Verma, who made a run-a-ball 31, skipper Harmanpreet Kaur (22) and Richa Ghosh (11) all got starts but could not convert them into substantial knocks.
Having failed in the previous game, Harmanpreet will be hoping to eclipse the legendary Mithali Raj in the shortest format. She needs just 24 runs to become the highest run-getter from India in this format. Mithali, who recently retired from all forms of cricket, had scored 2364 run from 89 games.
Vice-captain Smriti Mandhana and Sabbhineni Meghana endured an off day in office and the visitors would need the duo to click if India are to put on a big total.
It was left to Jemimah Rodrigues, who made her comeback to the side after a while, and Deepti Sharma to provide the late burst and take India to the winning total Even though Rodrigues and Deepti did the rescue act, the Indian think tank would want the top-order to do better job.
The Indian bowlers, on the other hand, were right on the money with the spin troika of Radha (2/22), Deepti (1/9) and part-timer Shafali (1/10) shinning bright on the low and slow wicket.
With the same venue hosting all the three T20s, spinners of both teams will play vital roles.
Sri Lanka too would be hoping for a better effort from their batters.
Middle-order batter Kavisha Dilhari (47 not out) remained stranded as she failed to get support from the other hand. The likes of skipper Chamari Athapaththu, Vishmi Gunaratne, Harshitha Madavi and Nilakshi de Silva will have to take more responsibility in the batting unit.
On the bowling front, spin duo of Inoka Ranaweera (3/30) and Oshadi Ranasinghe (2/22) would look for support from their opening bowlers to keep Indian batters quiet.
Teams (from):
India: Harmanpreet Kaur (C), Smriti Mandhana (VC), Simran Bahadur, Yastika Bhatia, Rajeshwari Gayakwad, Richa Ghosh (WK), Sabbhineni Meghana, Meghna Singh, Poonam Yadav, Renuka Singh, Jemimah Rodrigues, Shafali Verma, Deepti Sharma, Pooja Vastrakar, Radha Yadav.
Sri Lanka: Chamari Athapaththu (C), Nilakshi de Silva, Kavisha Dilhari, Vishmi Gunaratne, Ama Kanchana, Hansima Karunaratne, Achini Kulasuriya, Sugandika Kumari, Harshitha Madavi, Hasini Perera, Udeshika Prabodhani, Oshadi Ranasinghe, Inoka Ranaweera, Sathya Sandeepani, Anushka Sanjeewani, Malsha Shehani, Tharika Sewwandi.
Match starts at 2:00PM. (PTI)