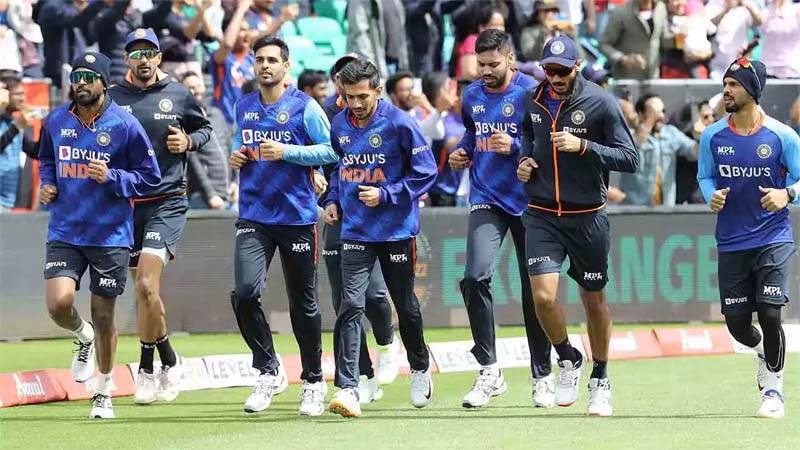 MALAHIDE, June 27:  India will be hoping for clear weather and improved performances from rookies like Umran Malik when it clashes with Ireland in the second and final T20, here on Tuesday.

The rain had reduced the series-opener to 12-overs a side contest and it could well be another shortened game considering a rather gloomy forecast for match day.

Ruturaj Gaikwad did not come out to bat on Sunday due to a calf niggle and he could be the only change in the playing eleven if the opener doesn’t regain full fitness.

With a full strength squad to be played in the T20s against England next month, the final match against Ireland presents another opportunity to the younger players to show what they are capable of.

Pace sensation Umran Malik will be among those who would be eager to make an impact. It is not fair to judge him by the only over he bowled on Sunday but he was all over the place, indicating that the nerves got the better of him.

It was the sixth over of the innings, the ball was relatively new and 22-year-old Harry Tector made full use of Malik’s extra pace.

Skipper Hardik Pandya has already expressed that Malik is better off bowling with old ball, bringing him into play only after the powerplay.

Bhuvneshwar Kumar is likely to pose problems for the Ireland batters again with conditions helping him move the ball both ways. Avesh Khan was not up to the mark in the death overs and he will be looking for a better performance.

The Indian bowlers will be wary of the threat posed by Tector. The Irish batter attracted a lot of attention with his fearless play in the first T20 after his team found itself in lot of trouble.

Some of the shots he played fetched praise even from the Indian players. Another explosive knock against the game’s powerhouse might help Tector bag a life-changing IPL contract.

“Some of the shots he played were mind-blowing,” remarked Hardik after the seven wicket win.

Ireland would take a lot of heart from the way they fought back with the bat but their bowlers will need to raise their game against a formidable batting line-up.

The pacers could not find the right length at the start of the innings, giving the Indians easy boundaries.

Craig Young got the ball to swing and seam and his fellow fast bowlers would be inspired by him to put up a better show against the mighty Indians.            It is not every day that they get to play a team like India and they would eager to make the most of the opportunity.

Hardik and Hooda, who did well as a makeshift opener in Gaikwad’s absence, targeted off-spinner Andy McBrine in the over that yielded 21 runs.       Having served a harsh lesson, McBrine would look to find ways to contain the right-handers.

Suryakumar Yadav’s return to international cricket from an injury lasted only one ball and he will be aiming to get back to his consistent ways.