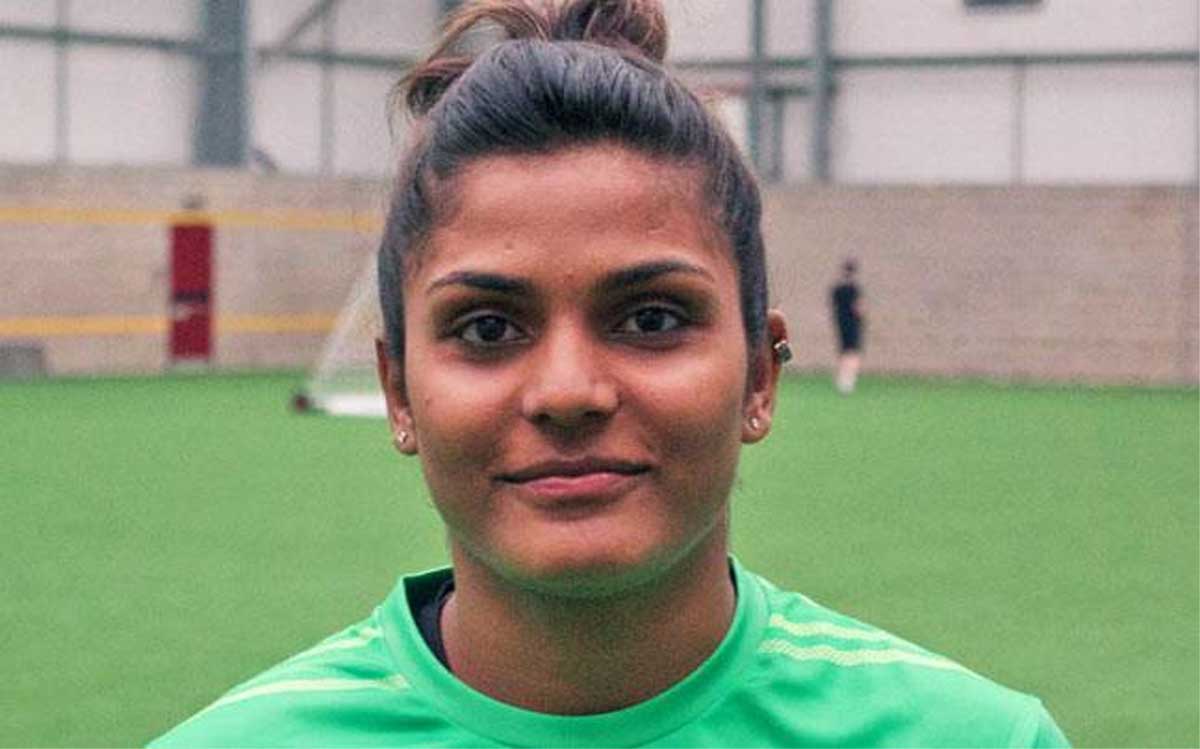 New Delhi, Jul 6: Indian women’s national team goalkeeper Aditi Chauhan, who has played for English club West Ham United FC, feels that there needs to be more representation from the top men’s leagues – ISL and I-League – in the Indian Women’s League (IWL).
“I hope that in the coming years we have more ISL and I-league teams putting in a women’s team in the IWL and everyone wants more competition, more players, more teams, more matches throughout the year,” she said during a chat with fans on the ApolloXSports Instagram page.
Expressing her desire for a longer duration for the top professional football league for women in the country, the shot stopper said, “Hopefully, the IWL will extend and will be for a longer period than just for a month.”
“Those are the things I feel will happen soon and that is the reason I feel the U-17 World Cup will play a major role in trying to accelerate this process,” she said on the role that the FIFA U-17 Women’s World Cup, which will be staged in India next year, will play.
“I was going through the legacy plan and the ideas for the legacy plan after the U-17 World Cup that are recommended by FIFA.
“One of the things was the infrastructure development, getting participation and there was a point emphasizing creating more competitions, small-sided games like 3-a-side, 5-a-side, 6-a-side. I think those kind of games and creating tournaments at the competitive level will make a lot of difference,” added Aditi.
The India international who also has her own football academy for girls, says running the academy has been a completely new experience for her.
“It is a different kind of role that it is giving me various kinds of experiences off the field now. I am enjoying the journey. It is very different to what I have experienced on the field,” said the 27-year old.
“I think every field has its own challenges. We have to agree that like most of the other industries, the Indian football industry is also a predominantly male dominated industry.
“So trying to get into that system, trying to make a contribution and helping in the development of women’s football or football in general is challenging, it comes with a lot of obstacles and obviously for me as a player, it’s been a complete transition,” she elaborated. (PTI)