London, July 7:
World number one and French Open champion Simona Halep was knocked out of Wimbledon today, losing to Taiwan’s Hsieh Su-Wei 3-6, 6-4, 7-5 in the third round as the All England Club seeds’ carnage claimed another victim.
Defeat for Halep means that Karolina Pliskova, at number seven, is the only women’s top 10 seed to reach the fourth round.
It also further boosted Serena Williams’s chances of becoming an eight-time Wimbledon champion.
Hsieh, the world number 48, battled back from 2-5 down in the final set and saved a match point when the Romanian served for the match at 5-3 in the decider.
It will be Hsieh’s first appearance in the last 16 of a Slam where she will face Dominika Cibulkova of Slovakia for a place in the quarter-finals.
“It’s my first win against a world number one,” said 26-year-old Hsieh.
“It’s amazing. I was 2-5 down in the final set but the crowd pushed me to fight.”
Two-time champion Rafael Nadal reached the last 16 for the eighth time and made sure of keeping the world number one ranking.
The second seed comfortably defeated Australian teenager Alex De Minaur 6-1, 6-2, 6-4.
Nadal, the 11-time French Open champion and bidding for an 18th career major, will face either Italy’s Fabio Fognini or Jiri Vesely of the Czech Republic for a place in the quarter-finals.
“It was a positive match against a player with a lot of energy,” said Nadal, the 2008 and 2010 champion.
“I am just happy to be in the fourth round again.” Nadal, with Spain out of the World Cup, was heading to watch England play Sweden.
He had obviously captured the national mood.
“I’ll go and watch some football — England, it’s coming home or not?” he said in reference to a football song which is currently being sung, hummed and whistled on almost every street and in every pub.(Agencies)
Juan Martin del Potro made the last 16 for the first time in five years when the Argentine fifth seed defeated France’s Beno?t Paire 6-4, 7-6 (7/4), 6-3.
Later Saturday, three-time champion Novak Djokovic plays his first match this year on Centre Court against Britain’s Kyle Edmund.
Djokovic, the champion in 2011, 2014 and 2015, faces the home country’s last remaining singles player looking to snatch another landmark.
Victory would see him reach the last 16 of a major for the 44th time to take him second on the all-time list.
German fourth seed Alexander Zverev, who almost quit his second round match through illness, faces Latvian qualifier Ernests Gulbis.
Gulbis, now ranked at 138, reached the Roland Garros semi-finals in 2014 famously demolishing Roger Federer on the way.
Explosive Nick Kyrgios, fresh from a social media row with former women’s champion Marion Bartoli after she accused him of squandering his talents, plays Japan’s Kei Nishikori.
Kyrgios, the Australian 15th seed, is bidding to reach the fourth round for the fourth time.
Nishikori, seeded 24, bids to make the last 16 for a third time and record his 350th career win.
Other early winners on Saturday included Belgium’s Alison Van Uytvanck who followed her upset of defending champion Garbine Muguruza by beating Anett Kontaveit, the 28th seeded Estonian, 6-2, 6-3.
Van Uytvanck will meet fellow last-16 debutant Russian 14th seed Daria Kasatkina, who defeated Ashleigh Barty of Australia 7-5, 6-3. (Agencies) 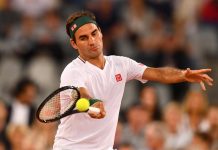 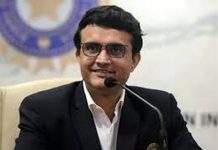 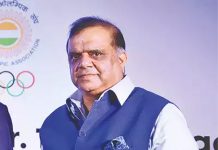