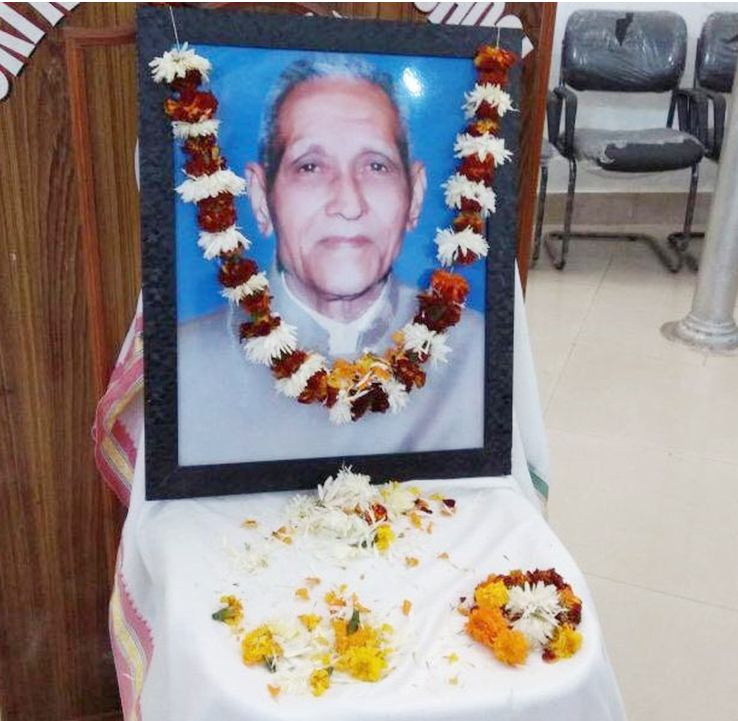 JAMMU, Dec 31: Government SRML Higher Secondary School, Jammu organised the Third Annual award distribution of Tara Chand Magotra Memorial Awards, here today.
The function was held under the overall supervision of Shafqat Chib, Principal of the school.
The function was attended by the family members of Tara Chand Magotra school faculty and the students.The award ceremony was conducted by Vijaya Thakur.
Tara Chand Magotra Awards for Academic Excellence were instituted in the School from 2016 by Vinod Kumar Magotra, the eldest son of Late Tara Chand Magotra with corpus of Rs 5 lakh on December 26, 2016 so that annual interest income from this corpus can service these annual awards to the toppers of Class X and Class XII.
The Principal announced that the scope of the rewards was extended this year to those who entered the national level in sports and also to differently abled deserving students.
Aayush Sharma, son of Jagdish Chander (who had topped in class XII and scored 484/500 marks) and Sumit Verma, son of Romesh Chander (who had topped in Class X and scored 458/500 marks) were given the awards by Satya Devi, wife of Tara Chand Magotra. Rohit Kumar, Gold Medalist in National Athletics was also given the award. Other outstanding sportspersons were not available in Jammu and shall be given the awards in a separate function.
Principal Shafqat Chib recounted Tara Chand Magotra’s quest and admiration for academic excellence. She recounted the Dearness Allowance Ready Reckoner Updates by Tara Chand Magotra in times when computers were unknown.
Tara Chand Magotra’s wife, Satya Devi, despite being illiterate, had excelled in ensuring quality education to their three sons Vinod, Ravi, Varinder and daughter Sunita. All the three sons had been selected for Kashmir Administrative Service.
Vinod recalled his old days in the school from where he passed Higher Secondary 51 years back, when he had stood first in the school and second in the Jammu and Kashmir Board.He said that the road of path to success is continuous pursuit for excellence, hard work, persistence, high moral values and above all, prayer to the Almighty.