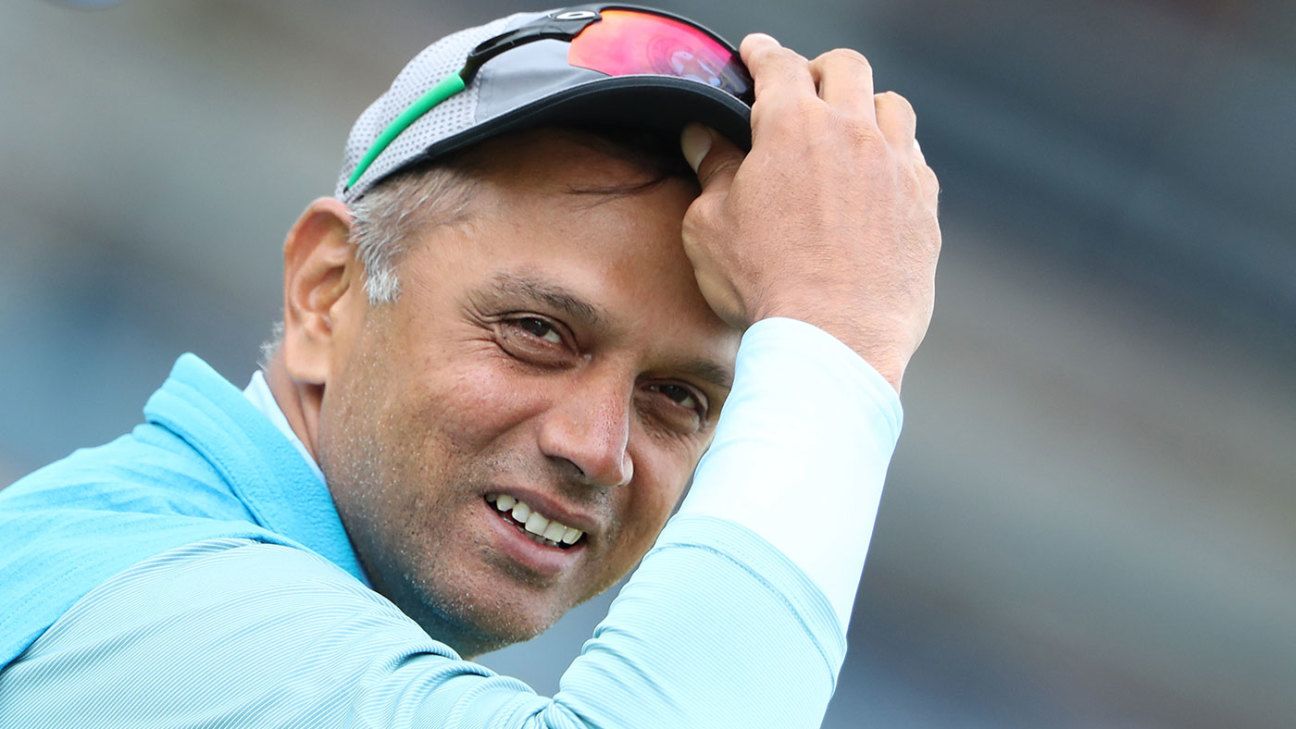 INDORE, Oct 5:  Getting used to the “unique” pace and bounce in Australia will be the Indian team’s primary objective at the preparatory camp in Perth ahead of the T20 World Cup, said head coach Rahul Dravid.

Speaking to the media following the home series win over Australia and South Africa, Dravid said the idea behind reaching Australia well in advance ahead of the World Cup was to familiarise the players with the conditions, especially the ones who have not played Down Under.

The team leaves for Perth on Thursday morning. Besides training, the squad will play a couple of practice games before moving to Brisbane for the warm up games organised by the ICC. India open their World Cup campaign against Pakistan on October 23.

“We will get an opportunity to spend a few sessions in Perth and then have couple of matches there. Australia is quite unique in terms of the pace and bounce and a lot of our players have not played a lot T20 cricket in Australia,” Dravid said at the post-match press conference.

“The idea was to give ourselves a chance to practice a little bit more, acclimatise and get some game time in. Having been to Australia before, it takes some time to get used to that pace and bounce and hopefully once we practice, we would be able to have discussions around the strategies and tactics of how we need to play.

“It is important (to go early) as we have a young squad which has not played a lot of cricket in Australia. So hopefully that should help us,” said the head coach.

Jasprit Bumrah being ruled out of the World Cup due to a back injury is a huge setback for the team.

As India face death bowling concerns, Bumrah’s replacement has not been named yet with Mohammad Shami being the frontrunner to replace the injured pacer.

Shami, who is among the World Cup reserves, had to miss the two home series due to COVID-19. The management gave opportunity to the likes of Deepak Chahar, Mohammad Siraj and Umesh Yadav over the six T20 games at home.

“In terms of replacement we are looking at (options), we have time till October 15. Shami is someone who is in the standbys but he could not play unfortunately in these two series.

“It would have been ideal from that perspective but he is in the NCA at the moment. We will have to get reports as to how he is recovering and what his status is after 14-15 days of Covid and we will take a call after that.”

“We got what we wanted from these two series”

The games against South Africa and Australia were crucial for India’s preparation for the World Cup and Dravid said the team got a lot out of the two series wins.

“Honestly it has gone very well for us. Two good teams, Australia being the reigning world champions and South Africa we had never beaten them at home. To win both those series is a positive result.

“We were unfortunate with one or two injuries and that gave us an opportunity to also rotate the squad a bit and get the players at the NCA, (Hardik and Bhuvneshwar) get their strengths up and build on the workloads leading into the World Cup. We got we wanted from the two series.

“There were tough games for the bowlers as it is always in India. Both of them (last two against SA) were high scoring games but the boys will be very happy that we got the right result.”

Bowling remains a concern for India and the head coach said the team is trying to address the issue.

“To be fair it has been very flat wickets, not easy bowling in the death for both teams not just us. Australia and South Africa, they have a lot of experience in their bowling and they struggled in the death as well. But we have to look at ourselves and see how we can improve.

“Certainly that is an area we would like to improve and get better at. As you play these big tournaments margins can be very small and every run can matter and if we can cut them at any stage of the game, it is certainly going to make a difference.”

Harshal has leaked runs since his comeback from injury. The likes of Arshdeep Singh, Chahar and Siraj too were expensive in patches over the course of the six games.

“I won’t say it is a concern. He (Harshal) has been someone who has done well over the last couple of years. He is coming from month off and coming back into tough conditions especially after you have not played for six weeks,” said Dravid.

“We back him and he has got the quality and ability. He is not the only one. Overall in the death, we need to get better and execute better.

“Sometimes it is not just about the plans it is about execution whether it is bowling a yorker or slower one or hitting the wide line. I wont like to single him out,“ he added.  (PTI)