SRINAGAR, Sept 24: The match between Galaxy FC and Jhelum Sports FC ended with 2-2 draw, while another match between IFC Kashmir and Syed Tajuddin FC remained 1-1 draw in the ongoing DFA Football League, being played at Synthetic TRC Turf, here today.
The first match was played between Galaxy FC and Jhelum Sports. As the play started the forward lines of both teams tried hard to take the lead, Bilal Ahmad from Jhelum FC scored the first goal for his team in the 7th minute. In the 35th minute Galaxy FC levelled the score through Farhat. After two minutes Asrar doubled the lead for Galaxy FC in the 37th minute. The first half ended with 2:1 in favour of Galaxy FC. The second half also proved to be a nail biting contest as no team was ready to give even an inch to the opposite side. In 45th minute of the match, Bilal Ahmad of Jhelum Sports got an opportunity to level the score and thus the match remained with 2-2 goals draw.
The 2nd match was played between IFC Kashmir and Syed Tajuddin FC. In the 13th minute of the 1st half, Faisal of Syed Syed Tajuddin FC scored a beautiful goal. IFC Kashmir made certain good moves to equalize but failed to do so. The 2nd half was virtually dominated by IFC Kashmir and Ishfaq of IFC Kashmir succeeded in finding the net in 51st minute through Ishfaq. The match ended with a 1:1 draw.
Meanwhile, in the ongoing DFA Srinagar Annual League Football Tournament-2021 being played at Gindun Ground Rajbagh wherein Alamdar FC beat Pandrathan FC by a solitary goal. Aijaz Ahmad was the scorer for Alamdar FC. 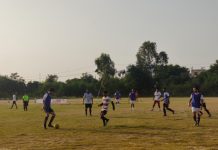 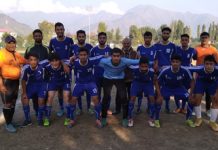 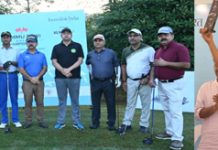 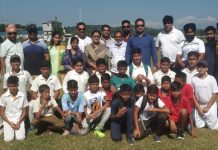 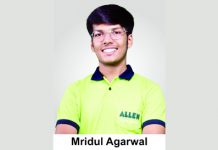 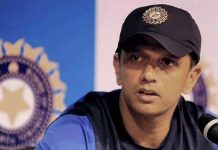