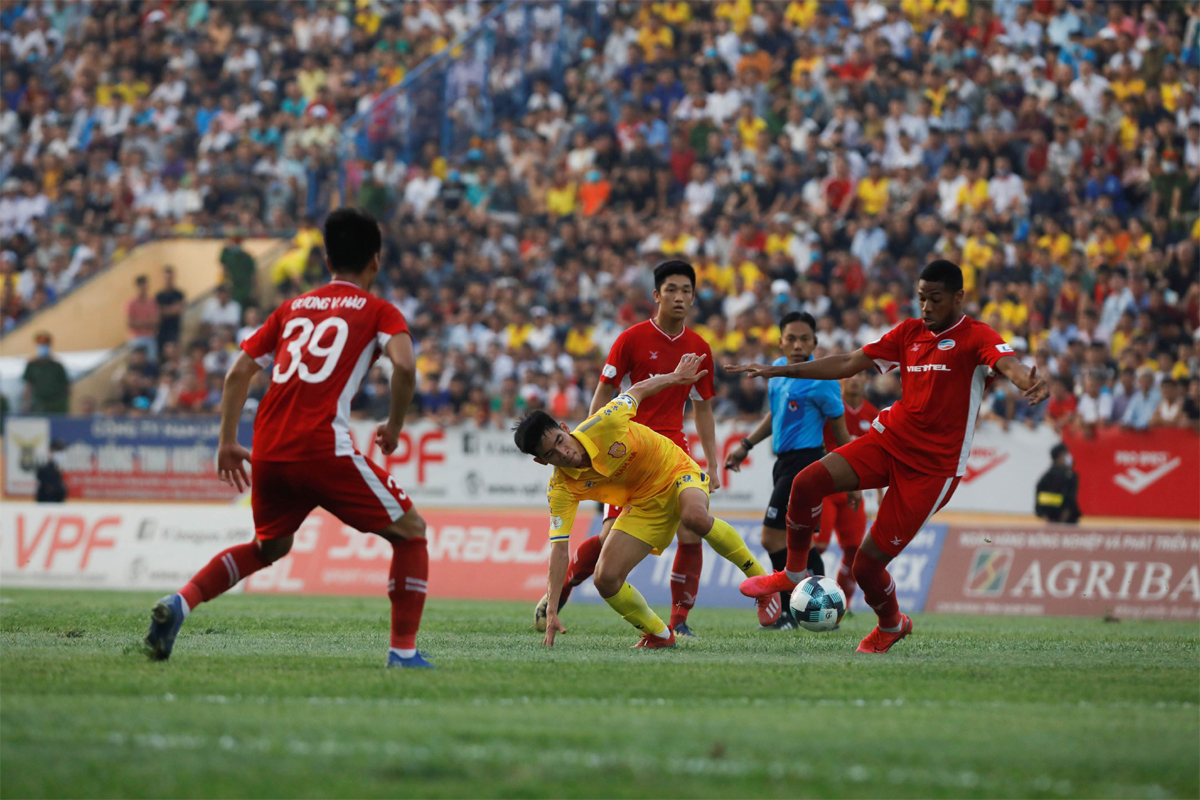 Ho Chi Minh City (Vietnam), Jun 6: Soccer was back and so were the spectators in Vietnam when the top domestic league resumed after the coronovirus shutdown.
Fans were allowed into Ho Chi Minh City’s scoreless draw with Hai Phong among three matches on Friday. But unlike Germany’s Bundesliga and South Korea’s K-League, which returned to action in May with empty arenas, more than 1,000 fans attended the V-League game at Hai Phong.
Allowing spectators to the matches was the result of Vietnam’s successful efforts to contain the spread of coronavirus. Despite sharing a long land border with China, where the virus originated, Vietnam, with a population of almost 100 million has recorded just 328 cases and not a single recorded death.
The number, affected by an inconvenient kickoff time, was small compared to the league’s average attendance of over 7,000 in 2019.
Fans were subjected to temperature checks as they entered the stadiums, which were limited to half of normal capacity. They were not required to wear masks.
“Obviously we are happy to play in front of fans as this is what makes football special,”said Ho Chi Minh coach Jung Hae-sung.
“We have been waiting a long time for the league to restart.”
There were two rounds of games played earlier in the year before the league was suspended in March. The number of games will be reduced from the usual 26 to 18 or 20 as authorities hope to complete the season by the end of October.
In Friday’s other matches, more than 3,000 saw Nam Dinh lose 2-1 at home to The Cong while about 800 attended Sai Gon FC’s 0-0 draw with Binh Duong. (PTI)