SAMBA, Aug 30: District Police Samba organized a debate competition on “Drug Abuse” at Govt. Higher Secondary School Ghagwal, here today.
18 students drawn from different Private/Govt School/Govt Degree College, Ghagwal took part in the competition.
In the debate competition, Vinita Sharma, a student of 10th Class of Tagore Institute of Education Harsath, Ghagwal secured 1st position whereas Sanjeev Kumar and Kamini Devi both students of 12th Class of Govt Higher Secondary School Ghagwal secured 2nd and 3rd positions respectively.
The students who secured 1st, 2nd & 3rd position were awarded with trophies & certificates. However, all other participating students were also presented with certificates of appreciations.
SSP Samba, Shakti K. Pathak was the chief guest on the occasion.
While speaking on the occasion, SSP Samba appealed the youth to refrain from drug menace and put their best efforts in doing good things for the society.
SSP further said that Samba Police is striving hard and taking every possible step to make people specially youth aware about the ill effects of the drugs abuse on the society by organizing such drug awareness programmes. SSP Samba in his address during the programme appealed to the people of the area to come forward and share information about drug peddling or consumption with the Police, adding the identity of the informer will be kept secret.
The programme was attended by the Principal of GHSS Ghagwal, Jaimal Singh, Dy.SP Hqrs Samba, SHO P/S Ghagwal and other faculty members/ Students of the Govt./ Private Schools of Ghagwal Town. At the end of the programme, refreshment was also served to the students. 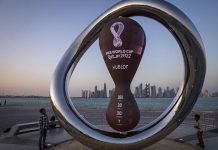 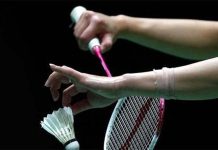 Sindhu cruises into second round of Syed Modi International

Sania to end career after 2022 season, says body is wearing down

Mandhana named in ICC T20I women’s Team of the Year, no Indian in the men’s side

All unconnected villages to be digitally connected by March: CS