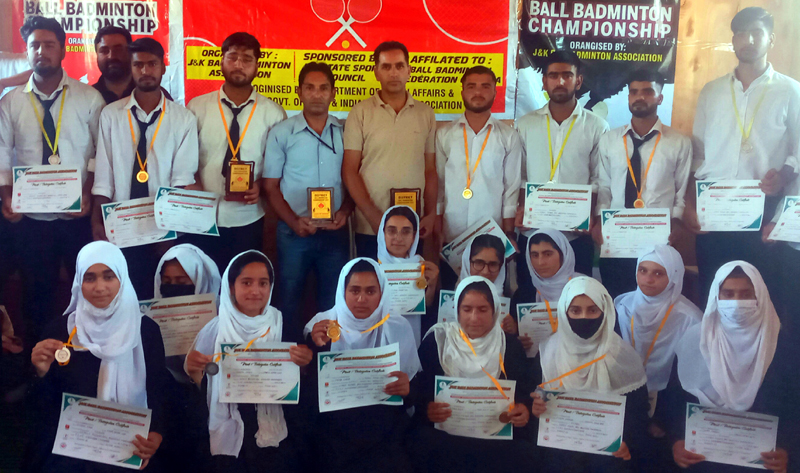 KULGAM, Sept 27: District Ball Badminton Championship, organised by District Ball Badminton Association under “My Youth My Pride’ concluded at TIAI Nasirabad Kanipora, here today.
The championship was organised in the age group of Mini, Sub-Junior, Junior, Youth and Senior. The players from across the District were enthusiastic and excited to experience a sports event for them, wherein six clubs and 15 schools took part in the competition with overwhelming participation of 280 players of the District Kulgam.
The chief guest of the event was Tahir Ahmad Bhat (Principal TIAI Nasirabad Kanipora), whereas Rayees Ahmad (Physical teacher TIAI Nasirabad) was the guest of honour along with Sheikh Shahid (Biology teacher) and Sajid Shafi District secretary. They distributed the medals and certificates among the winners and runners up of the event.