Excelsior Sports Correspondent
JAMMU, Feb 14: The Director General Youth Services and Sports, Dr Saleem-ur- Rehman declared open the 22nd J&K Taekwondo Championship, organised by J&K Taekwondo Association in collaboration with Directorate of Sports and Physical Education, University of Jammu (JU) on the campus here today.
Around 800 players drawn from various districts of Jammu and Kashmir are taking part in this mega event. Vice president of Taekwondo Association of India, SM Bali was guest of honour while Rouf Ahmed Bhatt, Sanjeev Sharma, Sukhdev Sharma, Shiv Nandan Singh, Subash Shastri and Ramesh Chander were guests of honour.
The chief guest appreciated the association for involving such a big number of young boys and girls in the event. He also assured for every possible support from the DYSS. He made an announcement with regard to Taekwondo Academy in upcoming Khel Gaon at Nagrota for those boys and girls seeking education from Government institutions.
The bouts officiated by National referees under the technical supervision of tournament director, Atul Pangotra, Sarabjeeet from Chandigarh, Harish Tokas from Delhi and Vinod Grewal.
Later, in the evening those winners of the bouts decided in the lower age groups were presented medals by former chairman of J&K Pollution Control Board, Dr CM Seth. 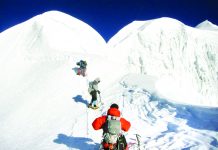 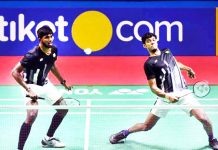 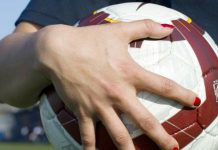 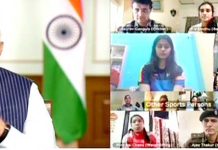 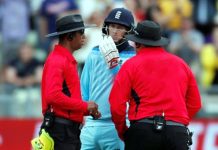 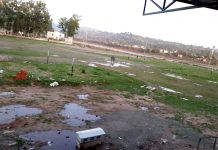