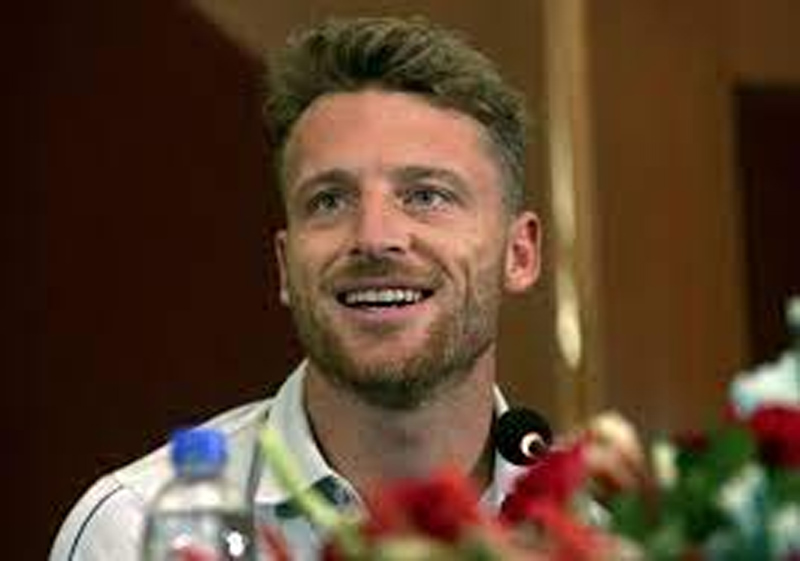 Karachi, Sep 15: England captain Jos Buttler hopes they and Pakistan can play an exciting cricket series to raise the spirits of millions of people suffering from the devastating floods in the country.

The English arrived on Thursday for their first tour of Pakistan in 17 years to play seven Twenty20s from next week and build up for the T20 World Cup next month in Australia.

“These are tough times that the people of Pakistan are facing with the floods,” Buttler said.

“As a team, we’re making a donation which will be matched by the (England and Wales Cricket Board) as well to try and do a small part to help the people in need at the moment. Hopefully, some exciting games of cricket will be a small tonic to raise some spirits as well.”

The massive floods have affected more than 33 million people and displaced over half a million people who are still living in tents and makeshift accommodation. The water has destroyed 70% of wheat, cotton and other crops in Pakistan. At one point, a third of the country’s territory was submerged.

Most of the England players, including Buttler, are touring Pakistan for the first time. But the recalled Alex Hales, Moeen Ali and Liam Dawson have appeared in the Pakistan Super League.

Ben Stokes, Chris Jordan and Liam Livingstone have skipped the tour but are part of England’s T20 World Cup squad.

Buttler is recovering from a calf injury and is likely to missed some games. Ali is expected to lead the side in his absence.

“We’re in a bit of a unique situation with a few guys injured and will be fit in time for the World Cup, but not necessarily fit here,” Buttler said. “Obviously, the main aim for everyone is to turn up to Australia fully ready to go for that World Cup.”

England was due to play three T20s in Pakistan before the T20 World Cup in the United Arab Emirates last year, but cancelled the tour after New Zealand aborted its white-ball tour due to security concerns.

The ECB decision was described as disrespectful by the Pakistan Cricket Board, which worked tirelessly to convince other leading nations such as South Africa, West Indies, Bangladesh, Zimbabwe, Sri Lanka and Australia to tour after the 2009 terrorist attack on the Sri Lanka team in Lahore.