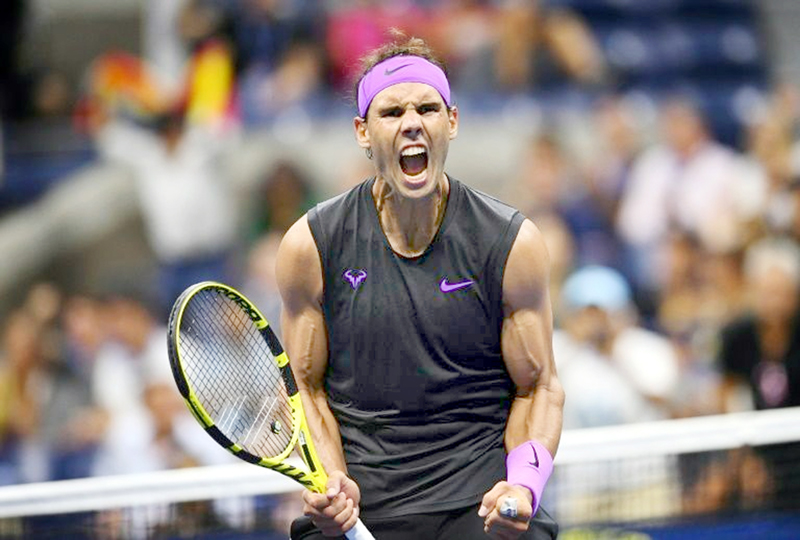 New York, Sept 5:
Matteo Berrettini became the first Italian man to reach the US Open semi-finals in 42 years Wednesday to set up a potential showdown with title favorite Rafael Nadal, who resumes his quest for a 19th Grand Slam crown.
Berrettini, the 24th seed, matched Corrado Barazzutti’s run to the last four in 1977 after outlasting 13th-seeded Frenchman Gael Monfils 3-6, 6-3, 6-2, 3-6, 7-6 (7/5) in three hours and 57 minutes.
The 23-year-old from Rome will meet the winner of a later match between Spanish three-time US Open champion Nadal and Argentina’s Diego Schwartzman for a place in Sunday’s final at Flushing Meadows.
Berrettini joined Barazzutti, 1976 Roland Garros champion Adriano Panatta and Marco Cecchinato as just the fourth Italian to advance to a men’s Grand Slam semi-final in singles.
“What a great fight. I think it was one of the best matches I maybe ever saw — I was playing but I also saw. I’m really happy I don’t know what to say,” Berrettini said.
The first-time Slam quarter-finalist blew a 5-2 lead in the final set and four match points before finally seeing off Monfils in a thriller at Arthur Ashe Stadium.
“I was lucky I had match points and he didn’t have it — it’s better when you have them. I’m really proud of myself, I was always focusing on the next point.”
A nervous Berrettini doubled-faulted on his first match point at 5-3 before a resolute Monfils fought off two more on his serve to send the deciding set into a tie-break. (PTI)