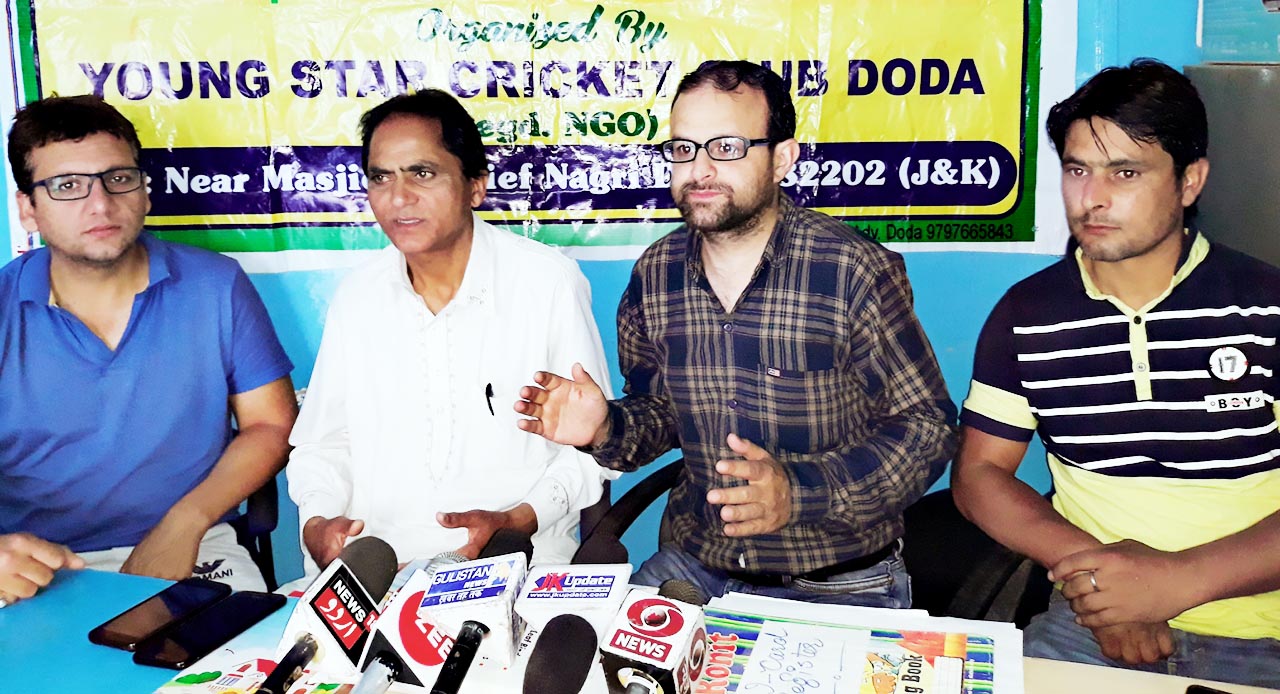 Excelsior Sports Correspondent
DODA, June 3: To boost sports activities in the region and to provide platform to the local cricketers of the State, the Young Star Cricket Club (YSCC) Doda is going to conduct prestigious All India 14th Gufran Memorial T20 Cricket Championship 2018 from June 23, 2018 at Sports Stadium, here.
This was stated by Patron YSCC Doda Manzoor Ahmed Batt while talking to media persons here today.
Batt said that after successful conduct of 13th National Level Cricket event, YSCC is now conducting All India 14th Gufran Memorial T20 Cricket Championship in which teams from around 20 States of the country, apart from good number of teams from Jammu and Kashmir will participate, adding that one Club from Bangladesh is also expected to participate.
“This year the organizers have made some changes in the tournament format in which in each local team only seven players from outside Chenab region would be allowed to participate to give fillip to talent of Chenab region,” informed Mr Batt.
Co-Chairman YSCC Naseer Khora said that the matches will be officiated by professional umpires from outside J&K and will be available live on Mobile Android App “CricHeroes”.
Chief Advisor YSCC Doda, Ilyas Butt said that this event would not only boost the sports activities but also promote the tourism sector in the State.
The teams desirous to take part in this event can contact Tournament Secretary on Mobile No +91-9906139425 before June 12, 2018 for team registration, while sponsoring agencies can also contact on the above said number for sponsorship.
Prominent among others present in the Press Conference were General Secretary YSCC Faizan A Tramboo, Ashok Shan, Syed Nasir, Waseem Raja and Irfan Butt.