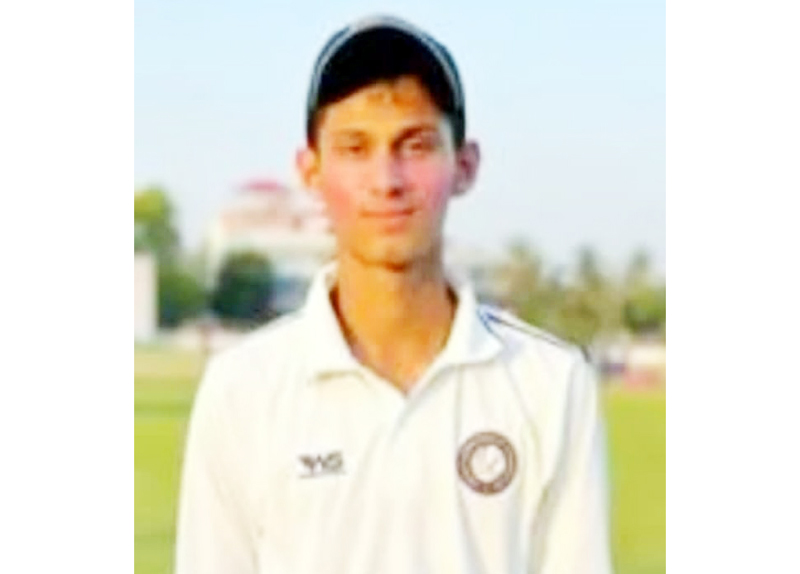 JAMMU, Nov 27: The elegance, brilliance, solidity and fluidity was on display as talented Jammu boy- a right-hand batter slammed a marathon century to help Uttarakhand gain a huge lead of 218 runs over Jammu and Kashmir on Day-2 of Cooch Behar Trophy match at GGM Science College Hostel Ground, here today.
Earlier, resuming from an overnight total of 92/2, Uttarakhand batters-Aarav Mahajan and Ashar Khan played sensibly and took the score to 215 runs in 68 overs before Ashar was dismissed at his individual score of 59 runs off 144 balls, studded with 8 boundaries. However, Aarav continued his brilliance and after his skipper Shaswat Dangwal’s dismissal in the 76th over at his individual score of 14 runs and the team’s total of 235 runs, remained unconquered alongwith another centurion Harsh Rana to take the score to 453/4 in 126 overs at the draw of stumps today.
Aarav remained unbeaten on 165 runs off 314 balls, studded with 20 delectable boundaries and one six, while Harsh was at the crease on 104 off 158 balls with 13 crispy fours and one six.
Aarav and Harsh conjured a mammoth 218 runs for the 6th wicket to put Uttarakhand in the driving seat. Aarav negotiated everything that was thrown at him and the duo frustrated J&K bowling attack that lacked sting as their golden arm Ranjot Singh looked out of sorts today. Both the batters were in sublime touch and scored at will. Aarav in particular showed fluid grace and utter brilliance.
Uttarakhand has gained a first innings lead of 273 runs with 6 wickets in hand and two days left in the match.
For J&K, Aman Singh, Ranjot Singh, Ritvik Jaitley and skipper Arya Thakur claimed one wicket each.