St. John’s (Antigua), May 30:
The West Indies cricket board has approved next month’s tour of England where the regional side will play three Tests in a “bio-secure” environment.
The series, if it gets the nod of the UK government, will mark resumption of international cricket which has been suspended due to the COVID-19 pandemic.
“The Board gave approval in principle for the proposed upcoming West Indies Test tour of England,” Cricket West Indies (CWI) said in a statement.
“The decision comes only after CWI medical and cricket-related representatives and advisors have been involved in detailed discussions with the England and Wales Cricket Board (ECB), and their own medical and public health advisers.”
The ECB has proposed two venues for the Test series starting July 8, Hampshire’s Ageas Bowl and Lancashire’s Old Trafford, both of which have on-site hotels.
“CWI’s management is now in the process of seeking to put all of the approvals and logistics in place within the Caribbean, including seeking permission from the various National Governments to facilitate the movement of players and support staff, using private charter planes and conducting medical screenings and individual COVID-19 testing for all members of the touring party,” read the statement.
All games will be played behind closed doors without spectators.
“CWI has also received and reviewed detailed plans for players and staff to be kept in a bio-secure environment for the duration of the tour, with all matches being played ‘behind closed doors’.” PTI 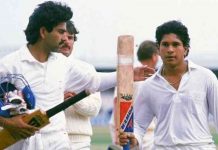