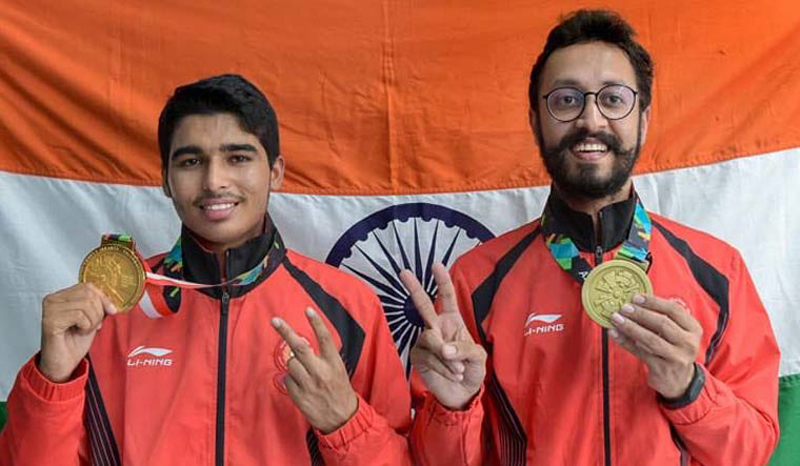 Asian Games medallist Abhishek Verma won the gold while teen sensation Saurabh Chaudhary claimed the bronze as Indian shooters dominated the podium in the men’s 10m air pistol event of the ongoing ISSF World Cup here.
Verma, a part-time lawyer, shot 244.2 in the eight-man final on Thursday, while the 17-year-old Chaudhary’s 221.9 was good enough to get him the bronze after five gold medals this year.
The silver medal went to Turkey’s Ismail Keles, who aggregated 243.1 in the season’s fourth ISSF World Cup for rifle and pistol shooters.
India are now placed at the top of the medals tally with two gold, one silver and a bronze.
India have already exhausted the maximum Olympic quotas available per country in this event, with both Verma and Chaudhary securing the sports in the previous qualifying events.
In the qualification round on Thursday, Chaudhary was fourth with 584 points and Verma entered the finals in fifth position with 582 points, while Gaurav Rana was 44th with 571.
The young Elavenil Valarivan opened India’s account with a gold in the women’s 10m air rifle event on Wednesday.
Sanjeev Rajput then claimed a silver in the men’s 50m rifle 3 positions final to secure an Olympic quota for India.
Verma, who won bronze in the Jakarta Asiad last year, and Chaudhary ended the second day of competitions on a high note for India.
For a change, Chaudhary had to settle for a bronze this time — his sixth ISSF World Cup medal of the year. He had earlier won a phenomenal five golds.
The signs were there early when Verma and Chaudhary, who have now won all the four ISSF World Cup gold medals on offer this year between them, shot scores of 584 and 582 to qualify for the final.
Just one and three points separated the duo from the top qualifying score of 585 posted by Ukranian veteran Oleh Omelchuk.
Chaudhary was comparatively subdued in the final, but it was the Asian Games bronze-medallist Verma, who looked in his elements.
In a top quality final field, featuring the likes of former Olympic and World Champion Pang Wei of China, besides multiple World Cup and World Championship medallists like Omelchuk, Serbian Damir Mikec and Turkish Yusuf Dikec, Verma was placed second till the first series of five shots. (PTI) 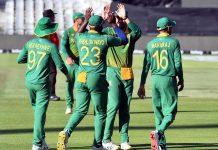 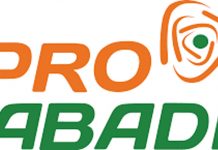 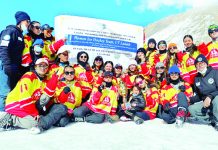 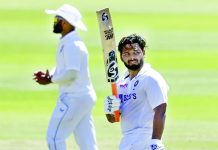