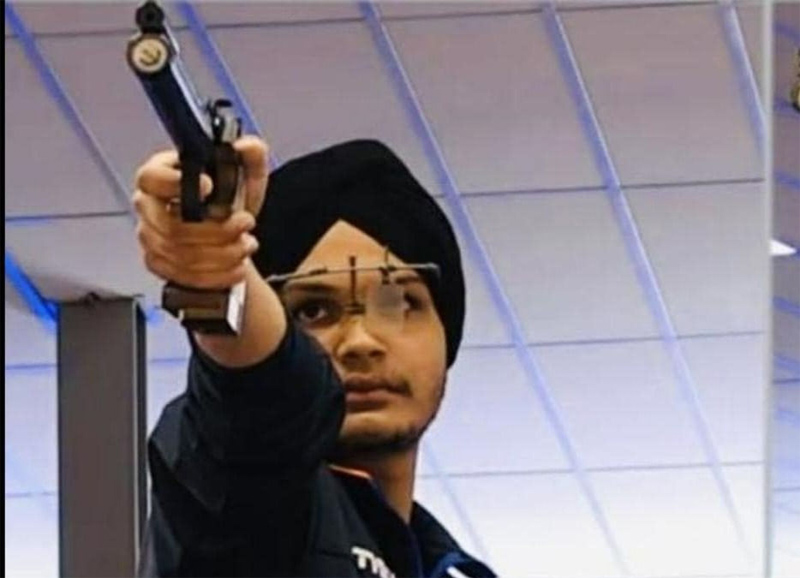 Haryana’s Sarabjot Singh won a double gold at the 65th National Shooting Championship, bagging individual 10m air pistol even along with playing his part in the team event at the MP Shooting Academy range in Bhopal today.
Sarabjot defeated Gaurav Rana of the Air Force 16-4 in the gold medal match for the individual crown and also partnered with Sumit Raman and Anmol Jain to pick up the team gold in the event with a combined effort of 1736. (PTI)
Sarabjot came fifth in the massive 1100 plus qualification round with a 60-shot score of 582, before topping the semifinal with an effort of 252.7, to make the title round. Gaurav came second in qualification with 583 and then qualified for the final with a semifinal score of 250.6, which placed him second behind Sarabjot.
The junior and youth men 10m air pistol event was a straight fight between Haryana’s Shiva Narwal and Army’s Pradhyumn Singh.
While Shiva took the youth title with a 16-8 win over Pradhyumn, the latter won the junior crown with a tight 17-13 win. (PTI)