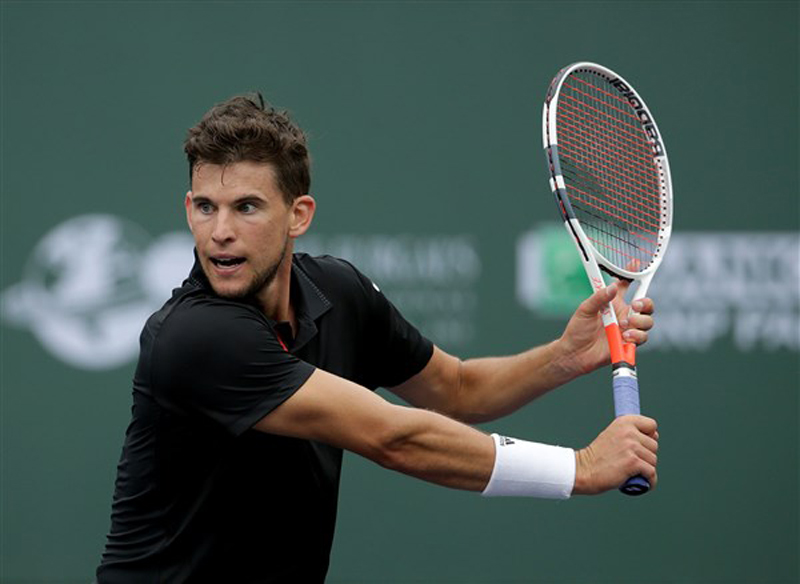 Montreal, Aug 6: Montreal Masters second seed Dominic Thiem remained confident that he is in position to win a first ATP match in Canada after five career defeats.
“Oh-and-five is a shocking stat,” acknowledged the Austrian of his record of futility in Canada.
And Thiem, winner of the claycourt title in Kitzbuehel on Saturday, will face a tough second-round opener against Canadian Denis Shapovalov, who powered past France’s Pierre-Hugues Herbert 6-3, 7-5 in 90 minutes.
Shapovalov, who shocked Rafael Nadal in the third round two years ago on the way to a precocious semi-final appearance, reveled in his return to the scene of that victory.
“It’s amazing to be taking this all in,” Shapovalov said on Monday.
“I knew this would be a tricky match, but I was confident coming onto court.
“I have great memories from here, I’ve always wanted to come back and I was pumped.”
In Thiem he’ll be facing another player full of confidence.
The Austrian’s victory on home soil in Kitzbuehel was his third title of the season after his hardcourt triumph at Indian Wells in March and a win in Barcelona — where he beat Nadal in the semi-finals.
“It was such an emotional week, four matches in front of a sold-out Austrian crowd with my first title on home soil,” Thiem said of his Kitzbuehel run.
“It was not the biggest title of my career, but probably the most beautiful one.
“I couldn’t come here with more confidence,” Thiem added.
“It’s not going to be easy with the switch from clay to hard court in only three days and with a very tough first opponent.
“I really like the way I’m playing right now, so we’ll see.”
Canada’s Milos Raonic joined compatriot Shapovalov in the second round with a 6-4, 6-4 victory over France’s Lucas Pouille — who beat Raonic in the quarter-finals of the Australian Open before falling in the semis.
Raonic fired 16 aces compared to two for Pouille.
“In these kind of matches, it’s only about return and serve,” Pouille said.
“When he’s serving like this, something like 70 percent first serve — he’s really tough to read and to return.
“It was difficult, but I knew it would be like this against Milos.”
Raonic will face another Canadian in the second round, either Vasek Pospisil or Felix Auger-Aliassime.
“With six of us on tour, six of us being in the main draw, it was bound to happen,” Raonic said philosophically. It’s unfortunate it played out that way at home.”
In other first-round action Monday, three-time Grand Slam champion Stan Wawrinka rained down a dozen aces to hand Grigor Dimitrov a 14th loss this season, 6-4, 6-4.
“It was a good first match,” said Wawrinka, who was competing for the first time since a Wimbledon second-round exit and earned his 150th win at the Masters 1000 level.
“I’m quite happy with my form, I served well from the start and kept it up. I kept him under pressure.
“I had a few nervous games, but I came through well,” added Wawrinka, who next faces sixth-seeded Russian Karen Khachanov.
France’s Jo-Wilfried Tsonga, still returning to form after knee surgery last season, fell 6-2, 6-2 to Germany’s Jan-Lennard Struff.
Adrian Mannarino earned a French win as he beat Mikhail Kukushkin 6-4, 6-4 and France’s Richard Gasquet made it through — at the expense of compatriot Benoit Paire.
Gasquet triumphed 7-6 (7/2), 6-4 in their all-French duel that saw Paire leap over the net at one point, unable to stop his forward momentum and ending up on his opponent’s side of the court. (Agencies) 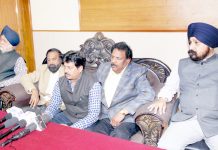 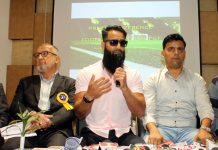 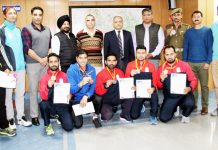 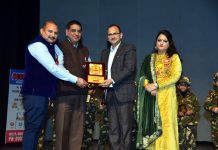 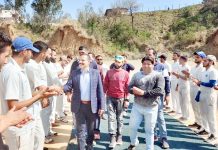 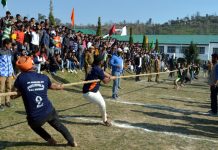 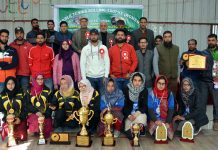