AKHNOOR, July 14: Defeating Cobra Cricket Club convincingly in the summit clash, Baba Jitto Cricket Club won the title trophy of the Cricket Tournament at Government Higher Secondary School ground, here today.
The tournament was organized by Akhnoor Cricket Club.
Sham Lal Sharma was also chief guest on the occasion, who distributed prizes among the winners and runners-up teams. Speaking on the occasion, the chief guest said that Cricket is the game of glorious uncertainty and it is unfair to predict things in this sport, adding that the big events held in the rural areas always provides an opportunity to he youth to refine their hidden talent.
Sharma further said that the sporting events like this will go a long way in promoting sports culture in the State and helping in producing international stuff.
Urging upon the people to not to mix sports with politics, Sharma said that both sports and politics teach a person to take success and failure with the same spirit.
Meanwhile, Mahant Rohit Shastri, who was guest of honour on the occasion, said that sports and games are the best media to be physically and mentally fit.
The organizers of the tournament including Pradeep Sharma, Rajesh Sharma, Naresh Sharma and Harsh Sharma were present on the occasion. 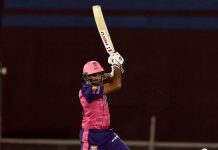 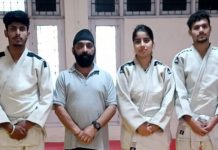 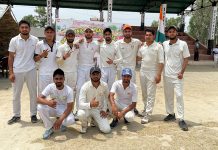 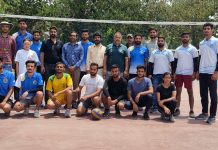 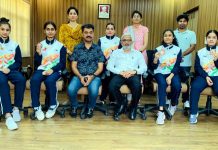