JAMMU, July 23: Lights, Camera, Action and the game begins.
The scene at various sports stadia now a days across this sensitive region is often visible with crowd cheering up their favourites, sounds of hip-hip hurray echoing and the sports lovers enjoying every moment being part of the game.
Night tournaments culture has finally made a comeback with Jammu and Kashmir Sports Council reviving it hence, signifying ushering of peace and harmony across the Union Territory.
The sports sector remained one of the worst hampered since decades due to militancy and political activities in Jammu and Kashmir but the scenario has gradually started changing and bringing revolution of the field of sports.
Sports have finally started making a comeback in Jammu and Kashmir with a special focus by the Government, an official said.
And, as a part of ongoing process of taking sports to every nook and corner of the Union Territory, Jammu and Kashmir Sports Council the highest body catering sports in a first, have initiated with the revival of night tournaments in different disciplines, which symbolises return of peace and harmony in the regions.
The tournaments at present are being conducted in the disciplines of Basketball, Football, Kabaddi and Boxing but in days ahead, sports activities will be taking a driver’s seat, said an official.
Principal Secretary, J&K Youth Services and Sports, Alok Kumar said, ”due to COVID hindrances, sports activities could not be organised and now with relaxation around, we begun with Premier League matches.”
”Night tournaments culture has been revived across the UT. We have increased lighting, upgraded required facilities in districts and many night tournaments are in progress.”
”We have seen people enjoying and crowd cheering up players during night tournaments being organised with appropriate COVID behaviour, Kumar expressed and said, much more events are in pipeline following all SOPs and COVID guidelines in view of apprehended Third Wave and we do not want to be the super spreader.”
The Principal Secretary asserted that such activities will be continuing in future as well at all those infrastructural set up where night light facilities and other arrangements are in standing. ”People have been fed up of COVID pandemic, so sports is one of the best mediums to refresh their minds besides keeping our youth away from drug abuse and other social evils,” said Mr Kumar.
He said the sporting will be a ‘new normal’ in coming days and private clubs will also be included to give a boost to this sector.
Secretary, J&K Sports Council, Nuzhat Gul said that participation of enthusiast crowd during night tournaments have shown how people are crazy about sports in Jammu and Kashmir.
”The night tournaments are being organised in both Jammu as well as Kashmir regions,” she said further maintaining that the initiative has been named as ‘Back To Community’ with an aim to involve every section of the community to flourish sports at grassroots level.
”Community participation can take sports to the grassroots level, which ultimately helps in identifying the talent for further training in the hands of professionals,” Gul said.
Sports activities will also be enhanced further with the involvement of corporate sector and everybody, who wants to be a sportsperson by choice, will be supported with facilities and equipment.
”Night tournaments are also initiated as a part of anti-drug campaign and if we have to save our future generations, there is no other better platform than sports,” said the Secretary and added that sports have processed new thoughts among youth when pandemic has gripped every head.
”Sports develop bonding, connect people and is ushering peace across the Jammu and Kashmir for bright future stars,” said Gul. (UNI) 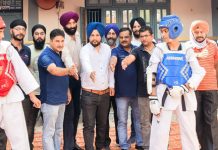 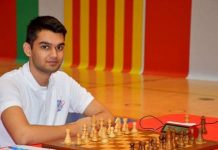 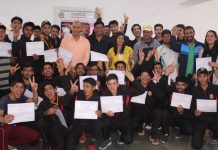 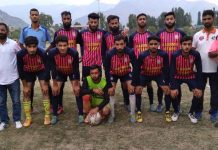 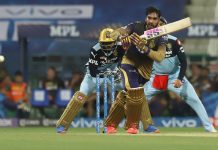