Port Elizabeth,
Jan 19:
England captain Joe Root produced a Test-best bowling performance to send South Africa hurtling towards a humiliating defeat on the fourth day of the third Test at St George’s Park on Sunday.
Root took four for 31 as South Africa slumped to 102 for six after being forced to follow on.
They were still 188 runs short of avoiding an innings defeat, with England seemingly assured of taking an unbeatable 2-1 series lead into the final Test starting in Johannesburg on Friday.
England dominated the day despite a second lengthy rain break in two days.
They needed only 28 balls to dismiss South Africa’s last four batsmen for the addition of a single run at the start of play, with Stuart Broad picking up three of the wickets without conceding a run.
South Africa were all out for 209 and Root immediately enforced the follow-on.
Rain early in South Africa’s second innings threatened to thwart England’s push for victory but fast bowler Mark Wood struck twice when play resumed more than three hours later.
Wood used his extreme pace to send Dean Elgar’s off stump flying out of the ground before he had Zubayr Hamza feeling for a ball outside his leg stump to present a catch to wicketkeeper Jos Buttler.
Then it was over to Root, who in 90 previous Tests had never taken more than two wickets in an innings.
Bowling from the end where fellow off-spinner Dom Bess took five wickets in the first innings, he trapped Pieter Malan leg before wicket in the last over before tea. Root took three more wickets after the interval. (Agencies) 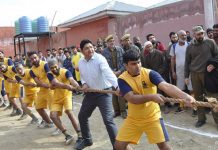 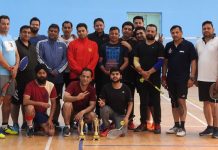 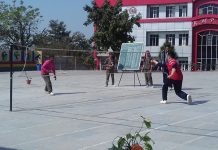