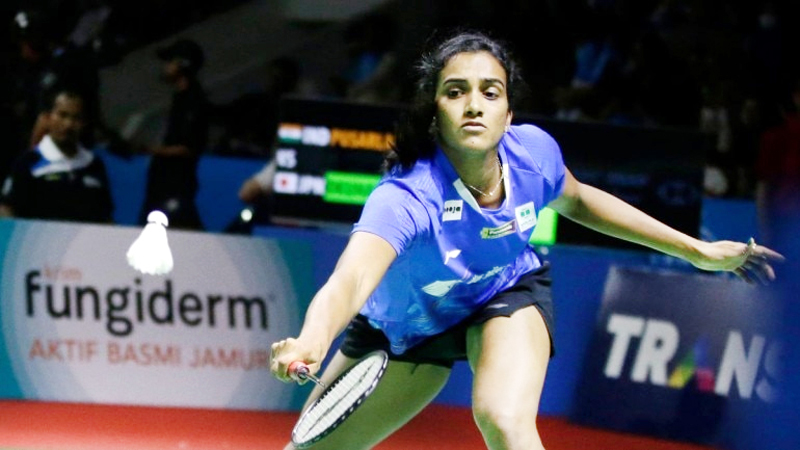 Jakarta, July 21: P V Sindhu’s hopes of breaking a seven-month title drought came crashing down as the Indian lost in straight games to Akane Yamaguchi in the finals of Indonesia Open BWF Tour Super 1000 tournament here today.
Seven months after becoming the first Indian to win the season-ending BWF World Tour Finals in December, Olympic silver medallist Sindhu had an opportunity to finally lay her hands on another crown only to squander, losing 15-21 16-21 to the Japanese in a lop-sided summit clash that lasted 51 minutes here.
Playing her first final of the season, Sindhu looked a bit anxious and failed to match the brilliance of the 22-year-old Yamaguchi, whom she had beaten in the last four meetings.
This was Sindhu’s fifth loss to Yamaguchi in 15 meetings. The last time the Indian lost to the Japanese was at the semifinals of the All England Championship last year.
The defeat added to Sindhu’s list of runners-up finishes, which include silvers at the World Championships, Asian Games, Commonwealth Games, Thailand Open and India Open last year.
It was Yamaguchi’s third title of the season after claiming crowns at German Open and Asian Championship.
Prior to this in 2019, Sindhu reached the semifinals of Singapore Open and India Open.
Sindhu had a forgettable start in the opening game as she lagged 0-3 but soon the Indian controlled the proceedings, making Yamaguchi run across the court and finishing with her precise returns to take a 5-4 lead.
Yamaguchi took the lead at 7-7 when Sindhu went wide. But the Indian managed to grab a three-point advantage at the break after the Japanese went wide twice.
Yamaguchi then displayed good retrieval skills and grabbed three straight points when Sindhu miscued her strokes.
A delicate net short took Yamaguchi to 12-13 but she again missed the line. The Japanese levelled par at 14-14 when the Indian went long.(PTI)