Moscow, Jun 20: Cristiano Ronaldo said Portugal have room to improve at the World Cup after his early goal secured a 1-0 win over Morocco as the European champions edged closer to the last 16.
“Our expectation is to continue our work and try to improve in the group phase,” Ronaldo said after his fourth-minute strike decided a hard-fought encounter in Moscow.
“We’re almost there (knockout stages) and then we’ll see. We’ll take things match after match. We will try to come first in the group.”
Ronaldo surpassed Hungarian legend Ferenc Puskas as Europe’s all-time leading scorer with 85 international goals as Portugal moved top of Group B ahead of Spain’s game against Iran in Kazan.
“We knew if we lost we could be out,” Ronaldo said. “We knew Morocco would be giving their all.
“It was a surprise at the start because they were so strong,” he added.
“I managed to score a goal, it was great for me.”
Morocco altered their tactics from their 1-0 loss to Iran, deploying a back four to try and counter the threat of Ronaldo following his hat-trick against Spain in the opening game.
But Herve Renard’s plans were torn apart within minutes at the Luzhniki Stadium as Ronaldo wriggled free of the imposing Manuel Da Costa to bury an unstoppable header.
“Cristiano Ronaldo is like a port wine, he changes as he ages,” said Portugal coach Fernando Santos.
“He’s constantly evolving, unlike regular players he’s always evolving.
“He won’t be doing the same thing in two or three years and he’s not doing what he did four or five years ago. He knows himself well and what he needs to do.”
Ronaldo’s goal was his fourth goal of the tournament, more than his combined tally at three previous finals, and left him trailing just Iran’s Ali Daei (109) on the list of top international scorers.
But Portugal survived two Morocco penalty appeals and the north Africans created a number of chances, notably a Younes Belhanda header that was superbly kept out by Rui Patricio.(Agencies) 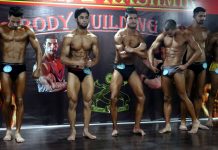 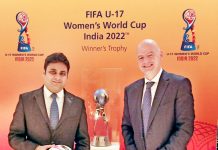 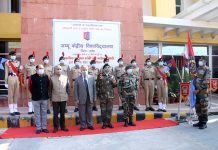 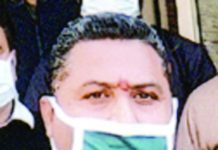