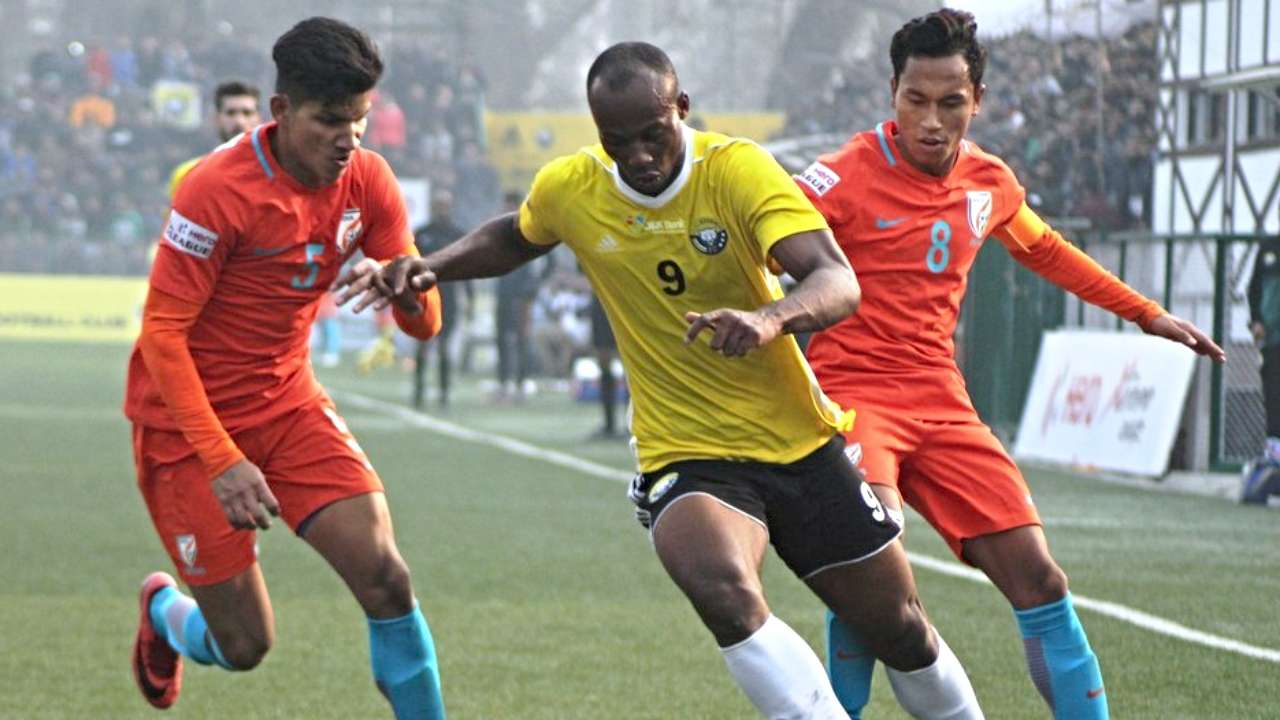 Bhubaneswar, Feb 24:
Real Kashmir on Sunday continued their unbeaten run with a 2-2 draw against Indian Arrows to leave the I-League title race tantalisingly poised.
After 75 minutes of goalless football, suddenly the match sprung into life as four goals were scored in the final 15 minutes of regulation time at the Kalinga Stadium.
Indian Arrow’s Amarjit Singh (78th minute) found the target from the penalty spot before Kofi Tetteh (82nd) restored the parity for Real Kashmir from a well-taken corner by Vicky Meitei.
Mason Robertson (90th), who was lurking in for long, then earned the lead for the visitors only to lose it within 60 seconds when Rahul KP headed an Anwar Ali corner home.
Following the result, Real Kashmir FC took the second spot on the table with 33 points from 17 matches, while Indian Arrows reclaim the seventh spot with 18 points from 19 matches.
The Srinagar-based team is still four points away from table-toppers Chennai City (37) with just one match to go. Real Kashmir FC now faces East Bengal at home in their last outing.
Chennai, on the other hand, still have two matches to play — one against Mohun Bagan and other against Churchill Brothers.
Real Kashmir will hope to receive full points from their match against defending champion Minerva Punjab, who had pulled out citing security concerns following the Pulwama terror attack which left 40 CRPF jawans dead.
Minerva had asked AIFF to postpone the game which the governing body refused, prompting the team to approach the High Court. AIFF has referred the matter to its I-League Committee and a decision on it is pending.
In the match, Arrows coach Floyd Pinto made as many as seven changes from their last game against Gokulam Kerala FC handing Boris, Narender, Suresh, Ninthoi, Akash and Rohit Danu another start in the ongoing I-League.
Moreover, he opted to bring Lovepreet Singh replacing Prabhsukhan Gill under the woodwork.(PTI)